The Itumbi Village is the home of Chief Kaingu and so plays a very important part in our local communities.  Located some 27km (in a straight) line south from the lodge, the village is also the site of the ‘Kaingu School’ which was built through funds raised by guests and then matched by the Dutch Government.  Kaingu Lodge pays the salaries of two extra teachers and we are proud of the impact that our lodge is having on education in Itumbi village – it is genuinely transforming peoples future.

However the School has never had running water (despite being a modern construction to quite a high standard).  Now in a school with several hundred pupils there is clearly an issue here with sanitation (particularly hand washing) and drinking water.  Over the years a borehole had been tried at the school several times, but every drilling rig hit granite rock sadly.

There is a borehole at the village, but this is 750m away from the school!

Rewind to May 2013 and we were sitting on the deck at Kaingu talking with two guests from London.  They were with us after an amazing time in Liuwa Plain and anyway, to cut a long story short they expressed an interest to help us solve the problem of water at the school.  From using solar pumps here at the lodge we thought that given some investment in a pump, tanks and stands and a LOT of piping it would be quite possible to achieve it.

Anyway nothing ever moves as fast as one would want…. bush life I suppose.  Over the course of the next year we realised that the money from our very kind guests from London would not quite make the whole project happen.  We at Kaingu had also put in a sizeable chunk, then further guests (Keith and Bev) who make rotory moulded plastics decided they would also chip in with a tank, some pipe and a very good discount on other items.  Clive (from the parent company) later also visited and pledged more material.

We started to get the items ready and contracted Davis and Shirtliff in Lusaka to come and do a feasibility study and then supply the pump and solar panels and do the installation into the borehole.

The community (under the Chief’s careful supervision) dug all the pipe trenches and helped a local contractor erect the two tank stands.  We (rather optimistically) decided that the project would consist of three spurs – going to taps at the Chief’s Palace, a central location in the village and up to the school itself.  The recovery rate of the borehole when it was sunk was good enough on paper…  but boreholes change over time and water flow can reduce.  But anyway, we went ahead with crossed fingers.

So a few weeks back D&S arrived and sank the pump, plumbed it in and wired up the panels.  It all worked beautifully.  So much so that there is so much water being produced that irrigating small field gardens is even going to be possible.

The project was not a small one, and while it took time it is worth it.

Keith and Clive  (Rototank) – 1 tank, pipes and other material.

Our future thoughts are now turning to WC sanitation and not Ventilated Pit latrines, but for now the benefit to the children and the community (who no longer have to spend hours hand pumping and carrying water) is there! 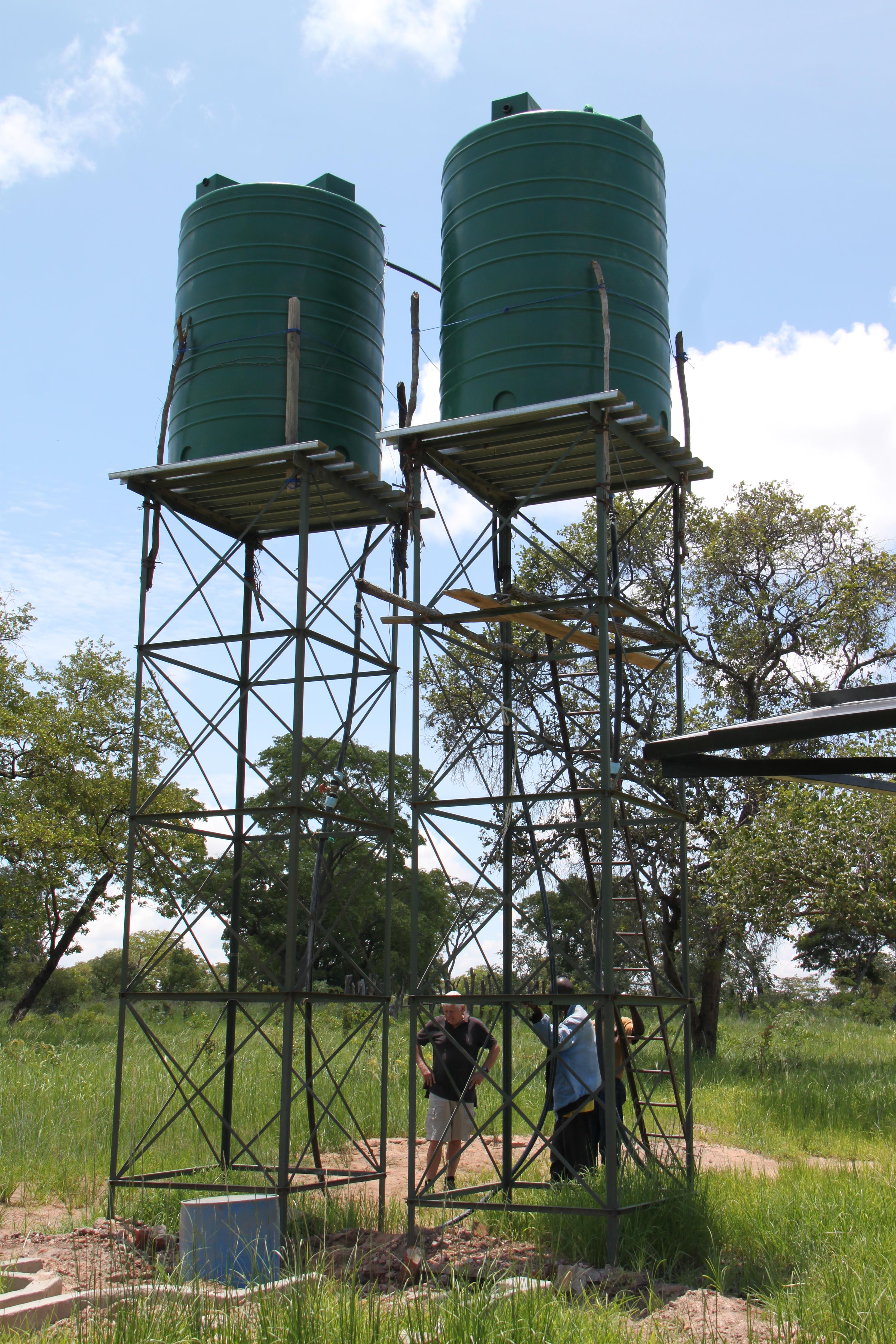 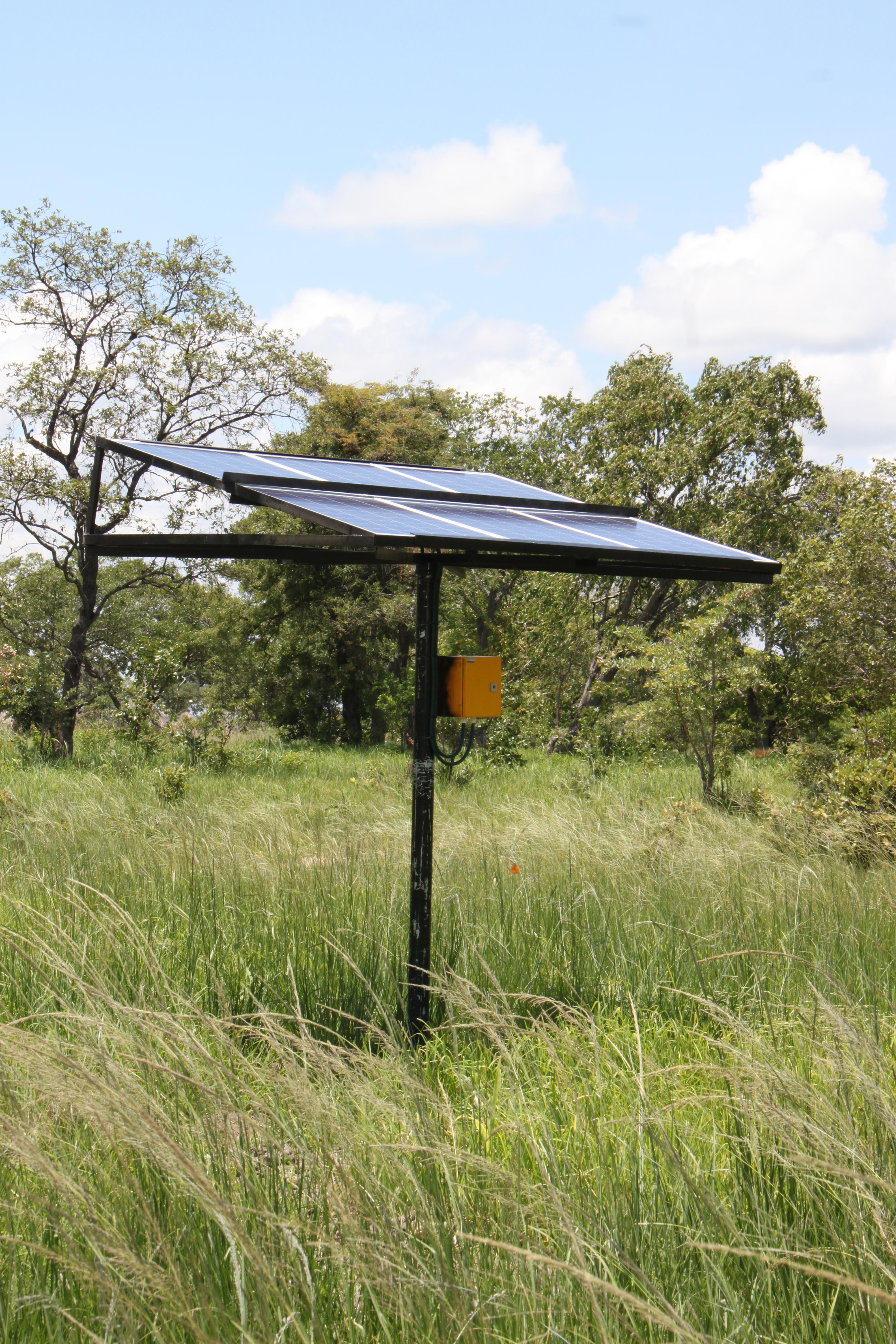 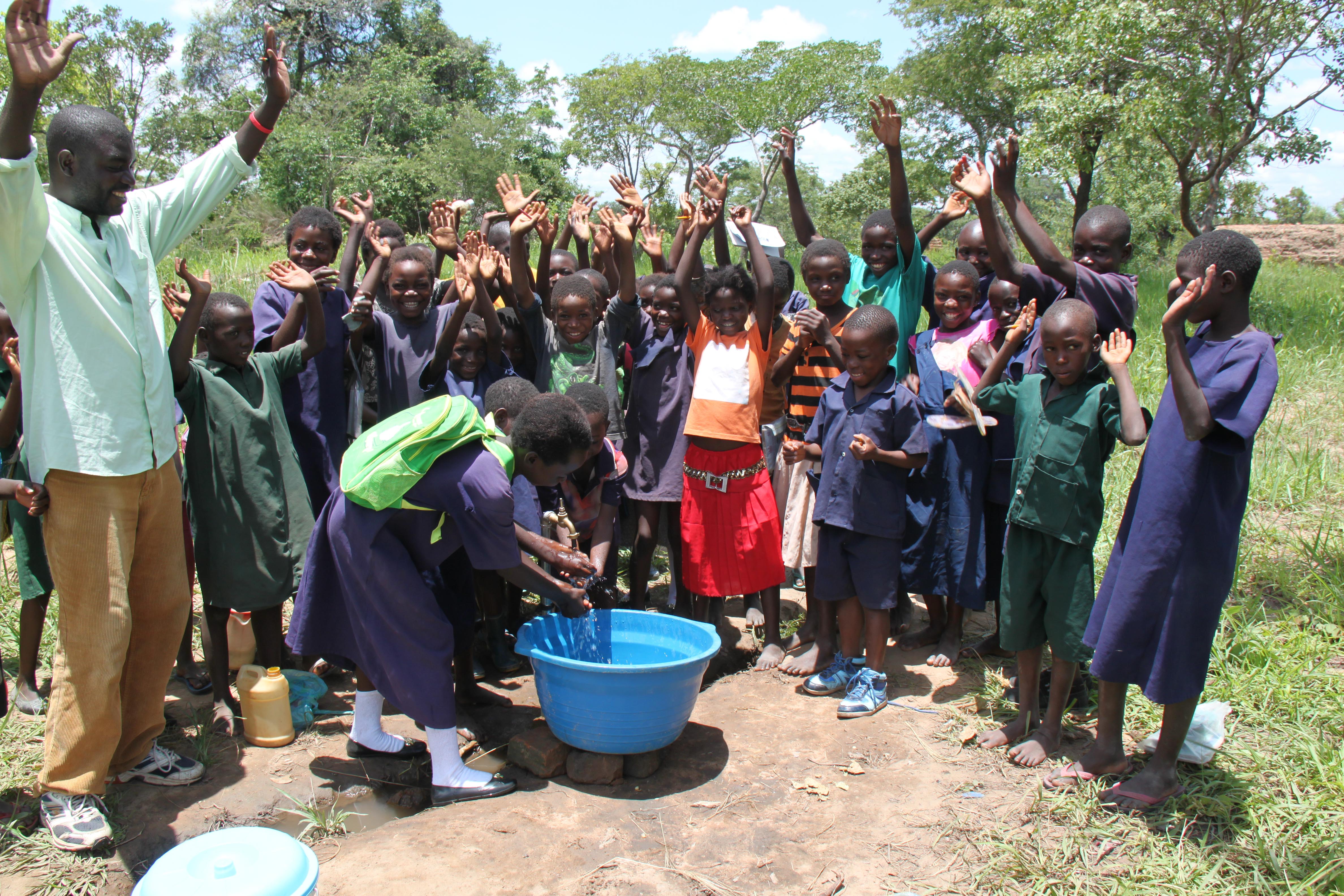 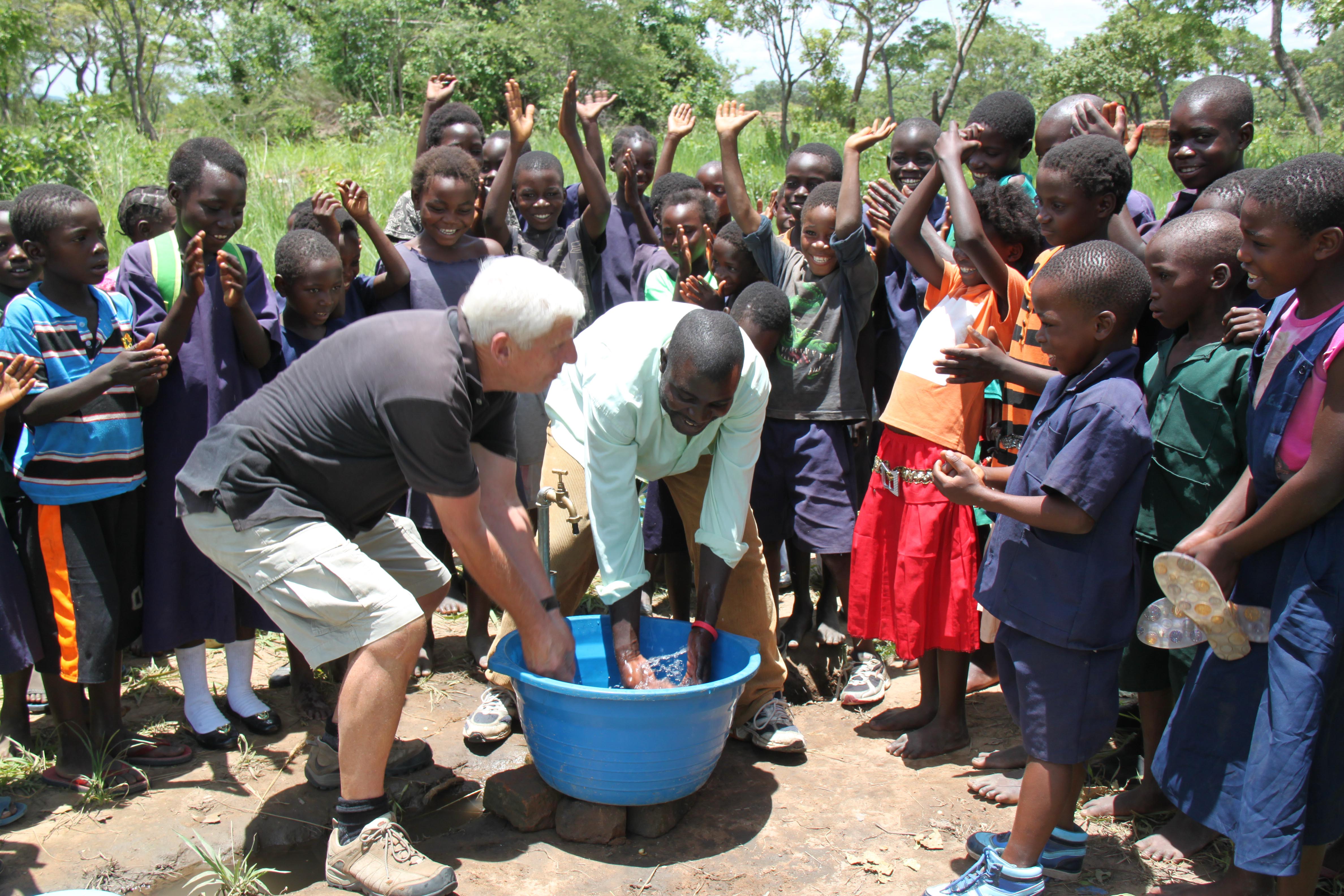 2014 at Kaingu Part 2 (Wildlife & Sightings)Why the Kafue?
Scroll to top