June is one of my favourite months. The chill in the air and the daytime temperatures are a great contrast and you really get the feeling that the dry season is starting properly.  We had a great month in terms of pretty much everything.  Occupancy and turnover continued to improve massively over 2013 (never mind the previous years!).

We also started off some really interesting new developments.  More on that later.

Sightings have been quite strong, an absolute highlight was (being selfish here) two sightings of Wild Dogs on consecutive weeks while doing our weekly supply pick up from the main road: 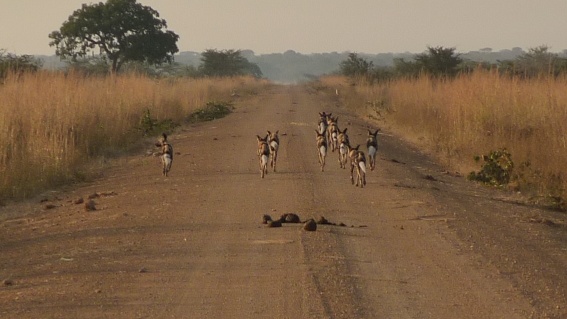 The same deliveries have shown us an unexpected advantage to the new boat.  Once you pull the swivel seats out of their sockets it turns into something that feels at first like an aircraft carrier (bear in mind we are used to tiny boats here): 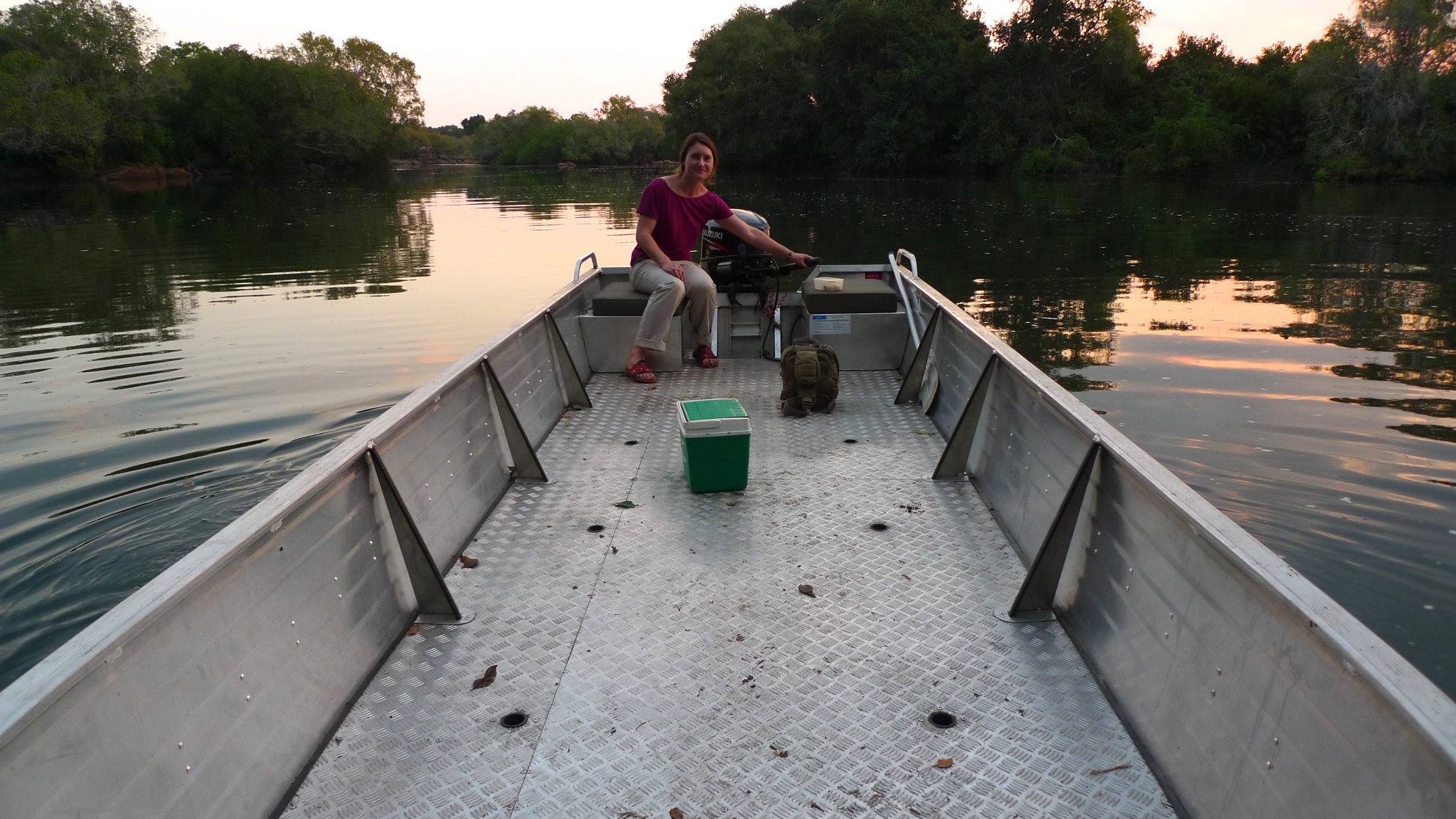 We also were highly excited to receive permission from the Zambia Wildlife Authority to start construction of a new game viewing loop in the park.  We are calling it ‘Pools Loop’ as it reaches semi-permanent pools of water that we have been looking at closely for one year now as an area with good potential.

The loop was done all by hand and is 13.4km long.  A very valuable and interesting exercise.  For those interested (and I know everyone is perhaps not a road geek like myself) it took 104 man days and total cost was less than $600.  Way cheaper than when I used to make roads with D8Rs and 140Hs and all that stuff! 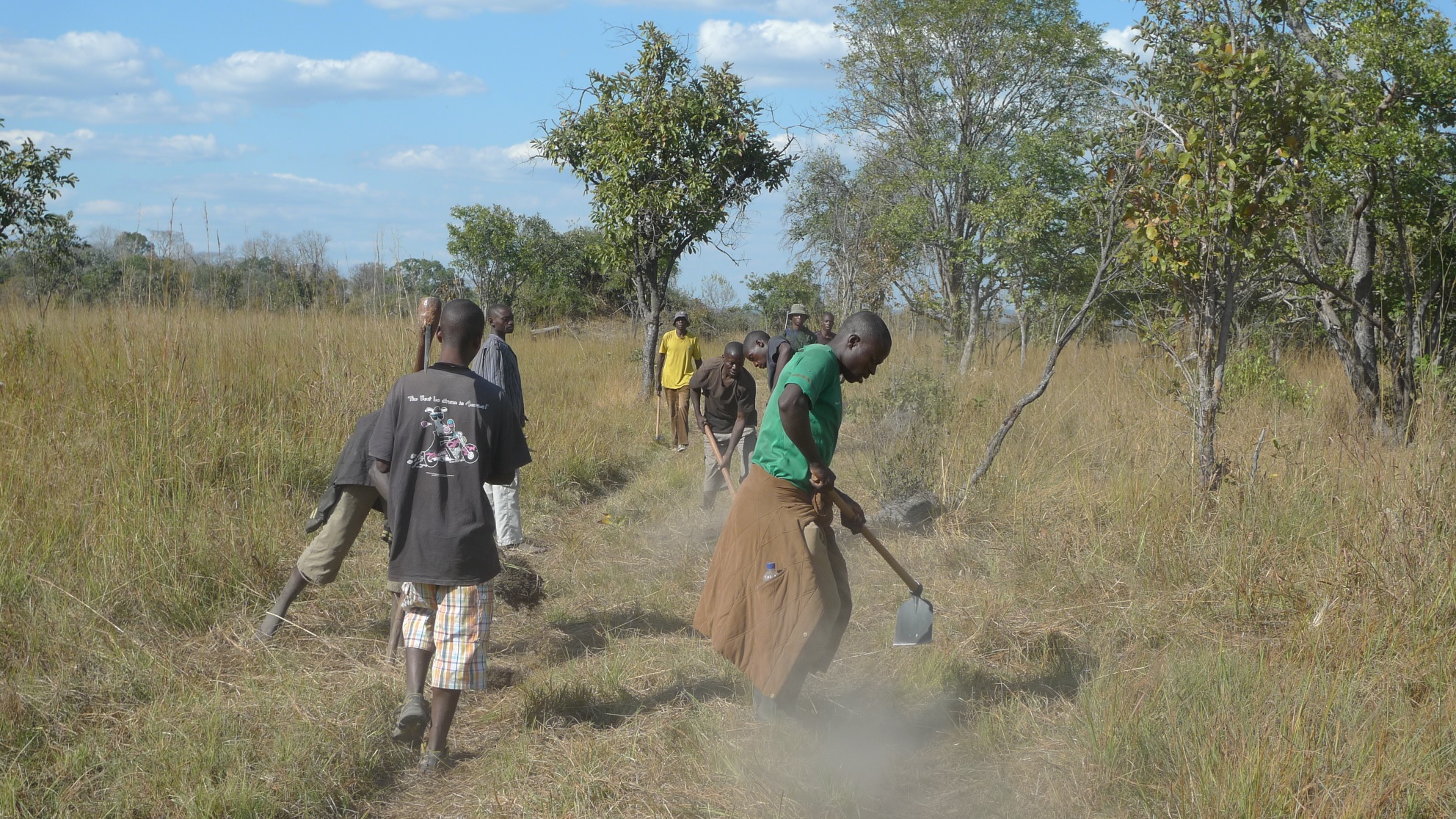 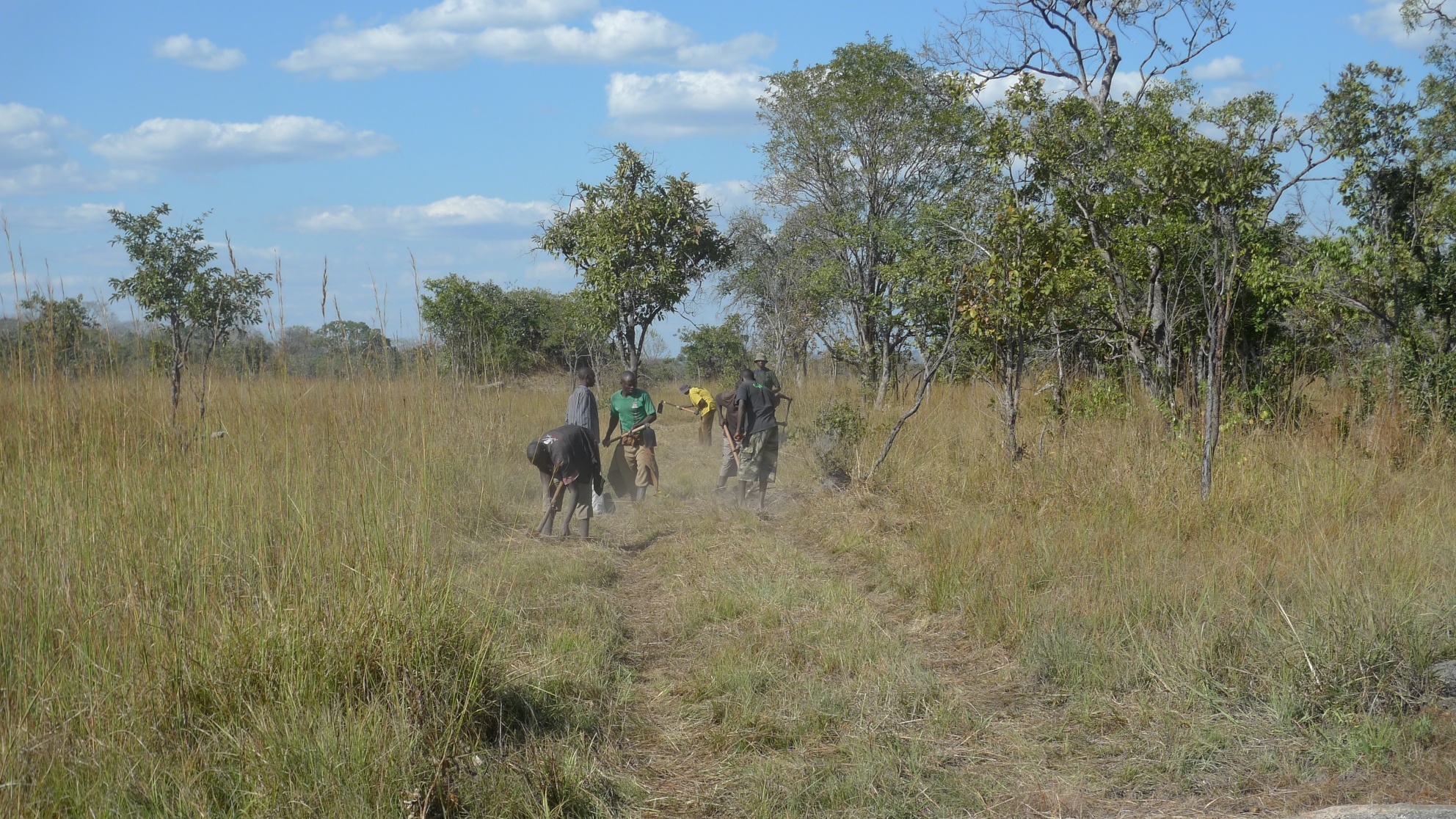 Another reason that I like June is because like all men over the age of 5 quite a lot of us are fascinated by fire…  And June is the time for firebreaks.  This year we sent Bo (our labour team leader) for a second TNC sponsored fire training course, and we also had TNC donate some fire equipment.  In addition to this we also proposed and executed our black line burning using google earth and got the TNC team to come for lunch and have a look at our proposals.

Here you can see the google earth image showing the blue lines where we do protective black lines and then burn the dambo out to create a firebreak that fully encloses the lodge area: 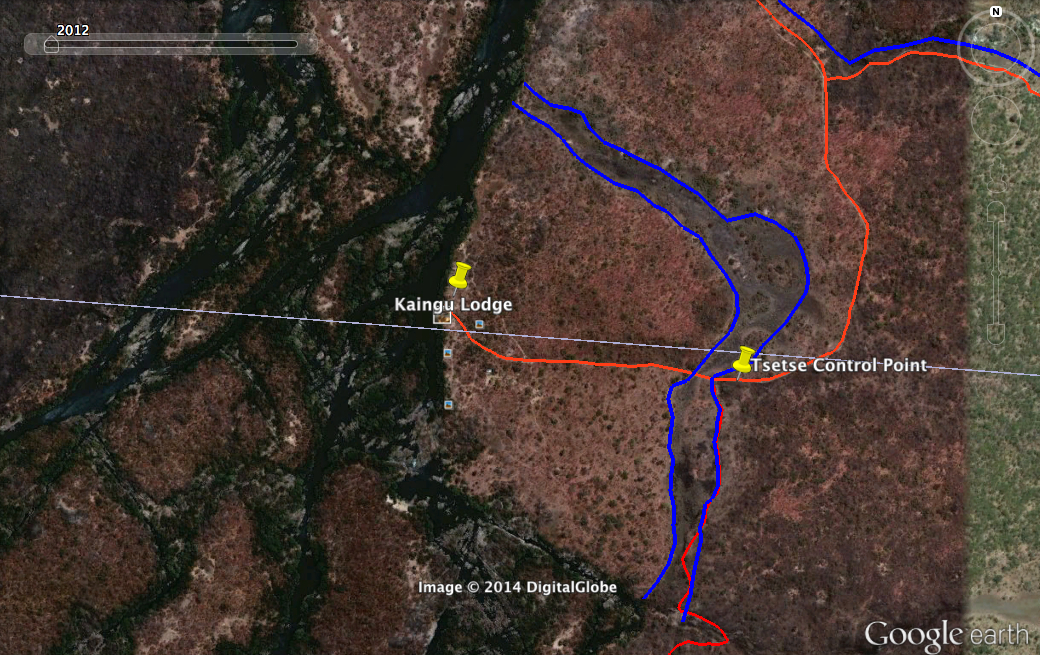 Then we get out the ‘bladder backs’ and the drip torch and the firebeaters.  This is the BEST part!!! 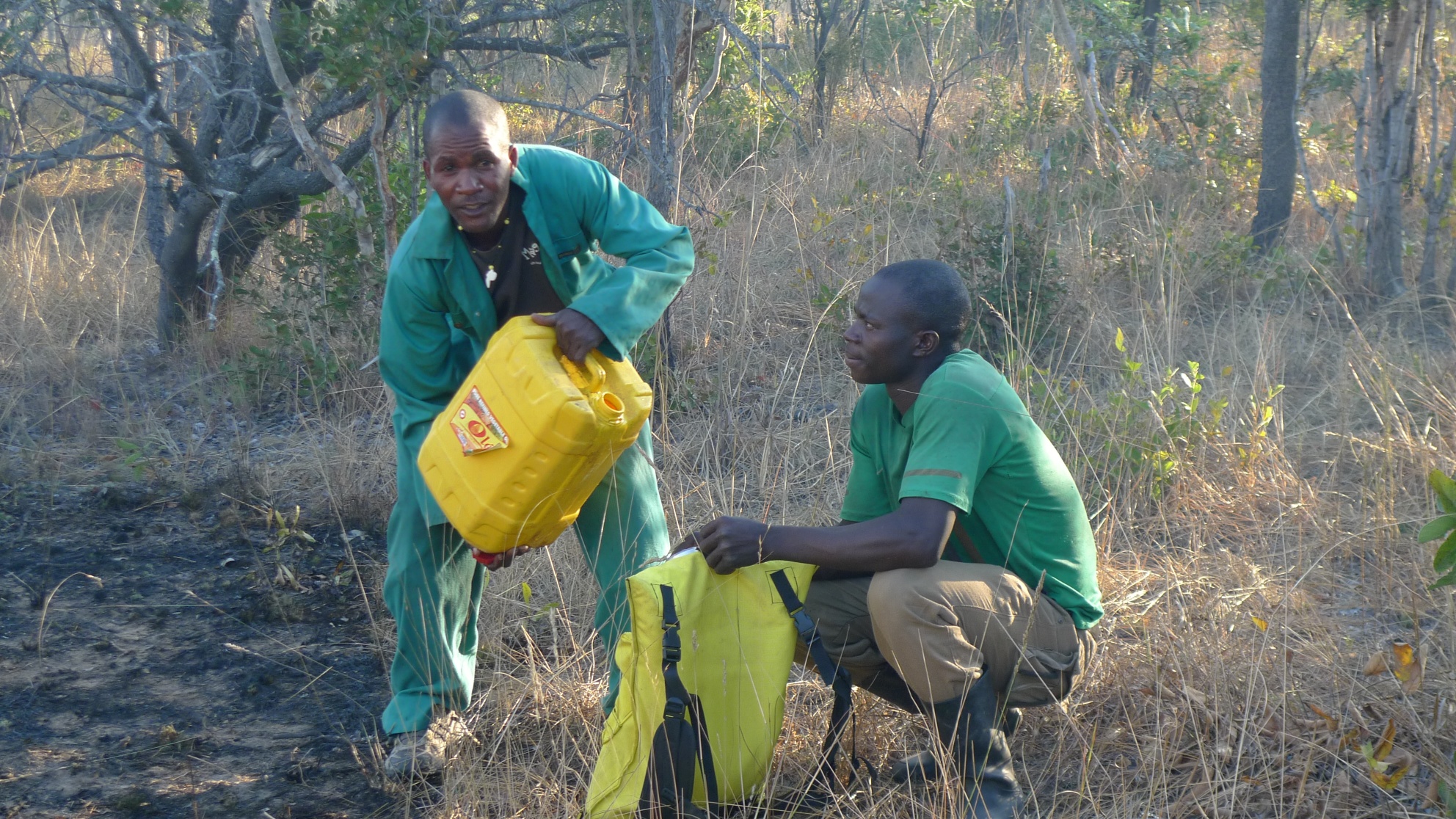 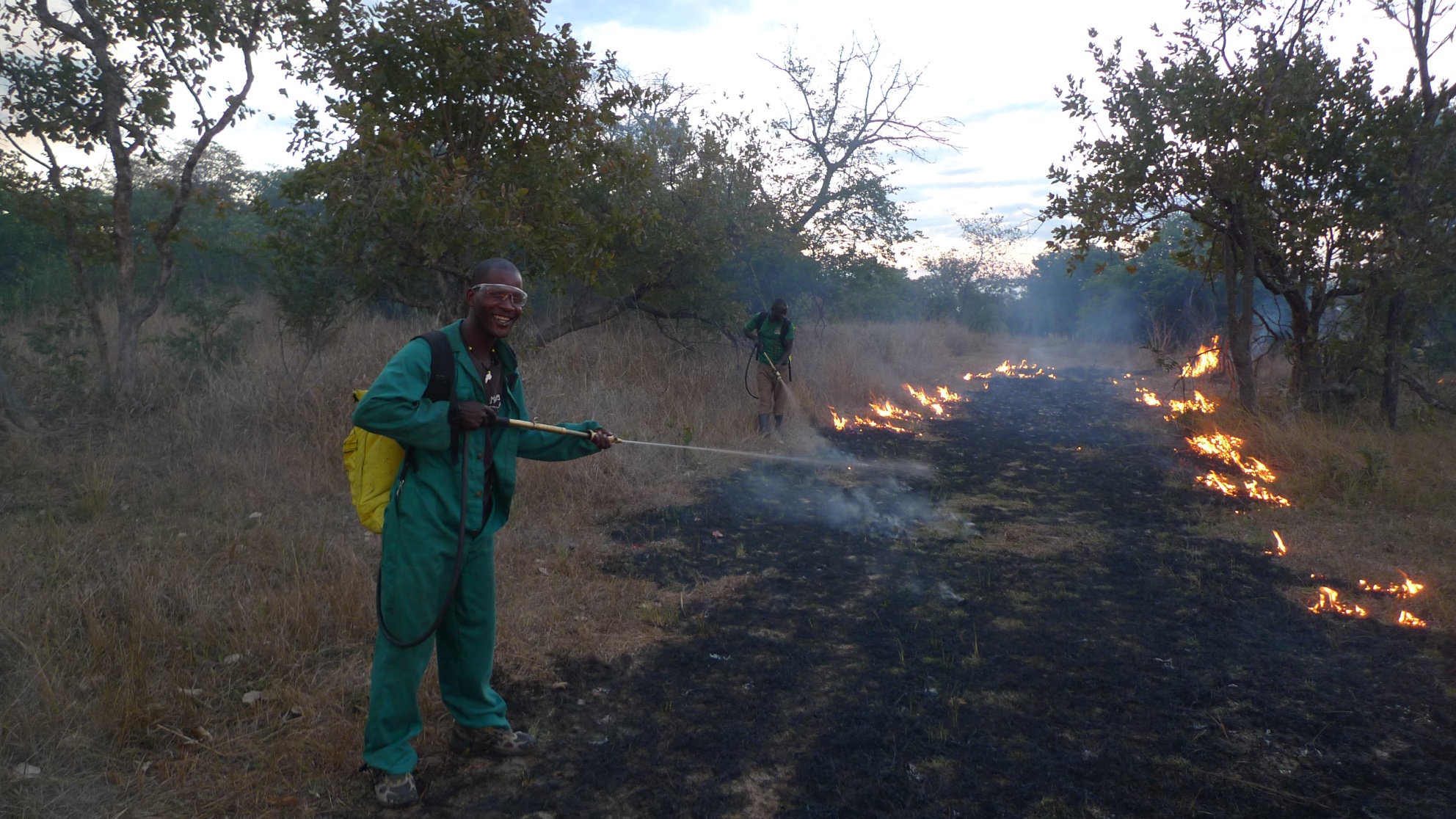 Then we had some keen fishermen come to camp.  Now there is nothing new in that, but what is quite special is what they caught…  1kg Silver Barbel.  This is without a doubt a camp record and quite possibly even a Kafue record.  Kaley and Major who were guiding them were delighted. 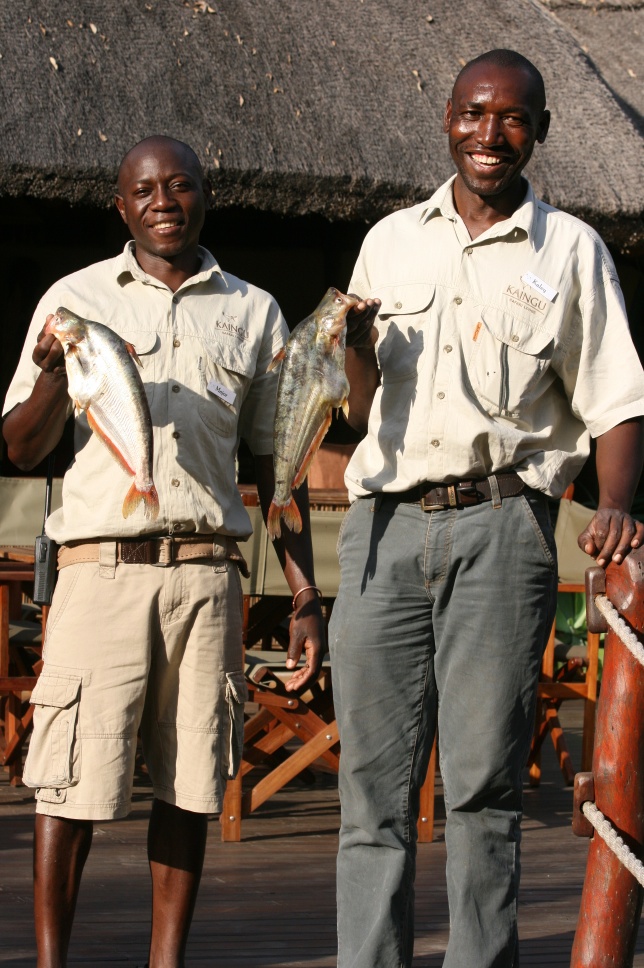 Julia has also been introducing a few new menu additions.  As always they are totally delicious: 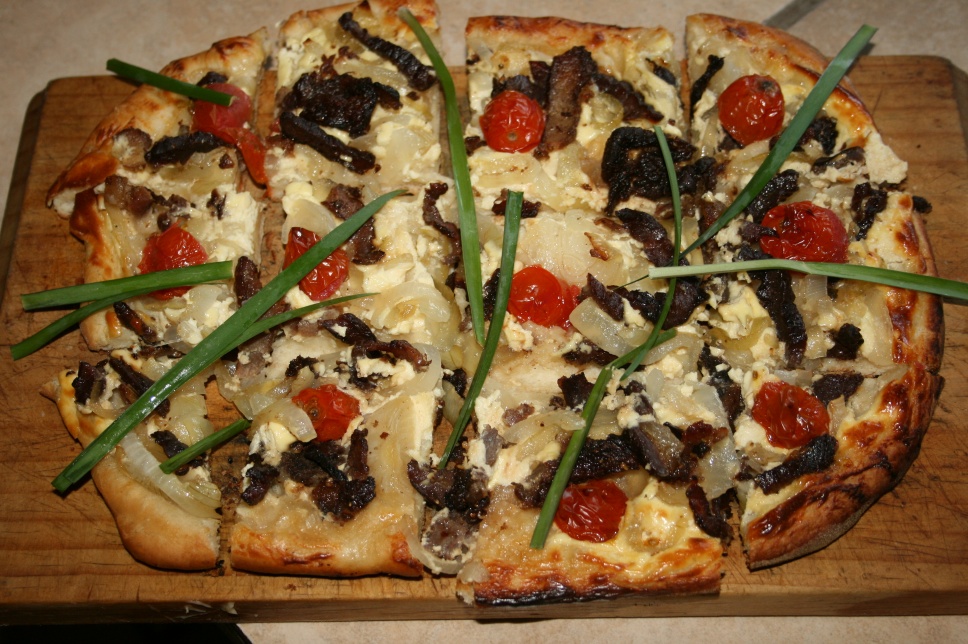 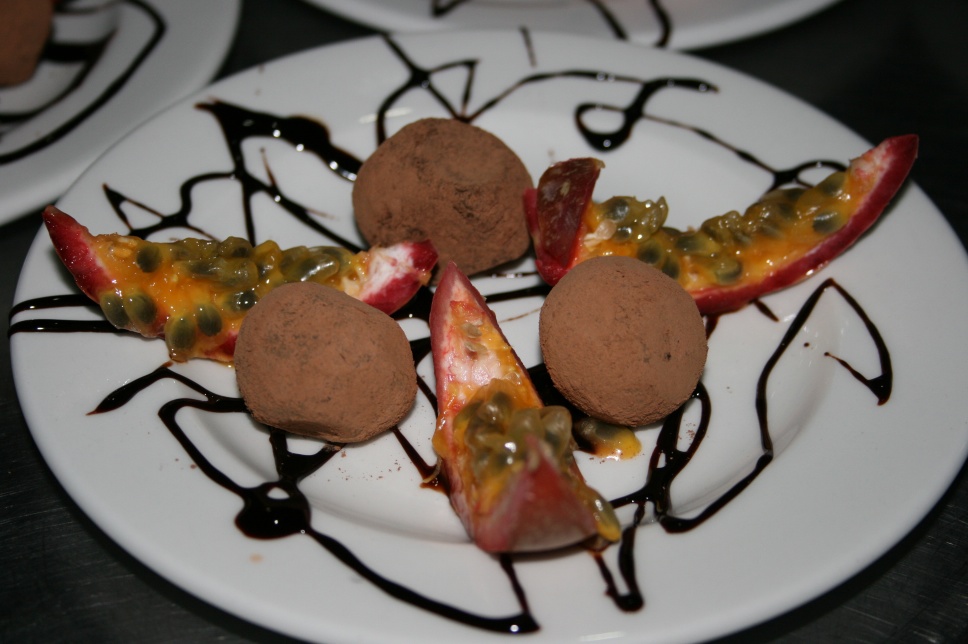 Towards the end of the month we started on quite a special new campsite.  We are calling it ‘Chief’s Campsite’ and the materials, features and location are quite special…   more to come on that in the next news! 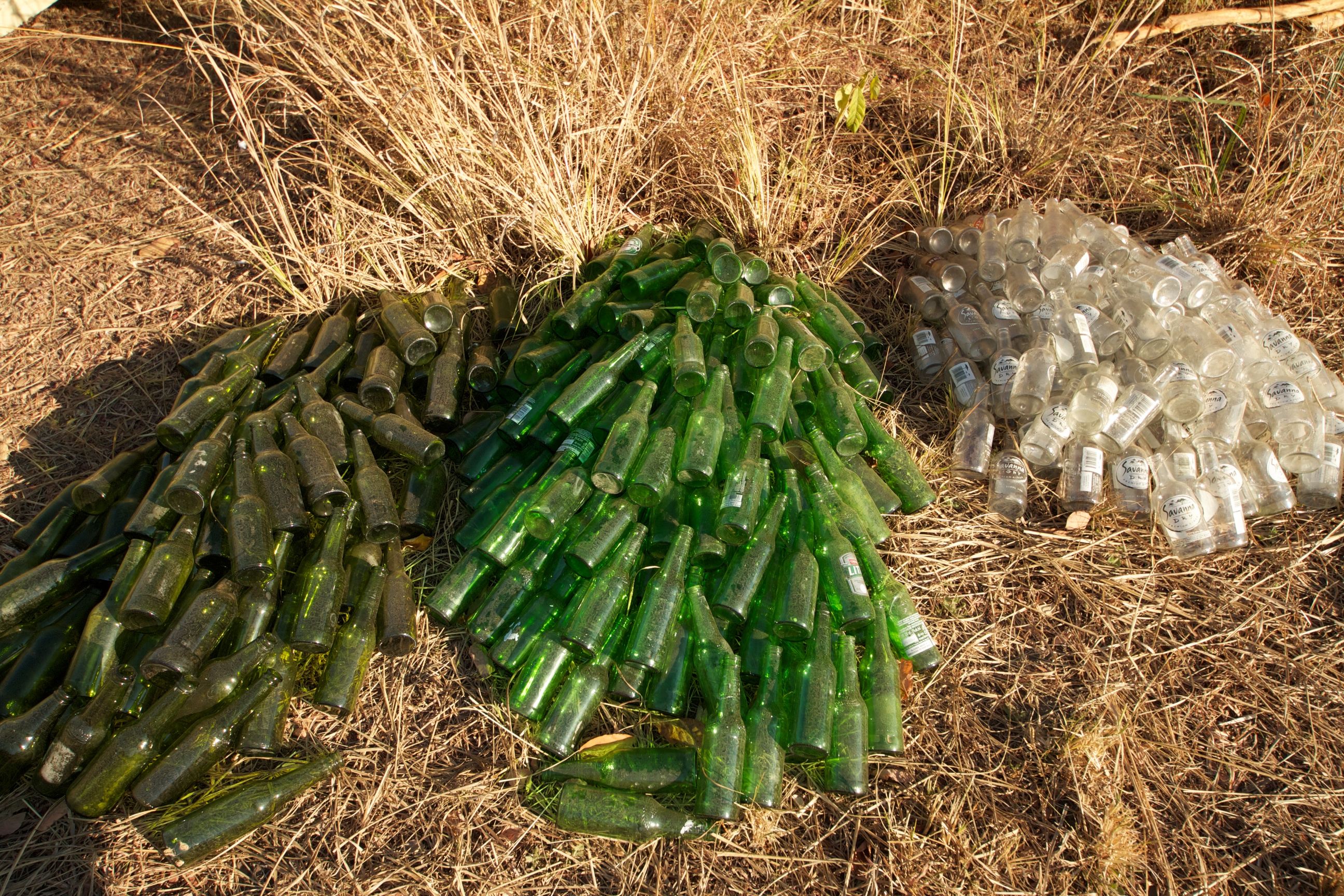