So the lodge is now open and we are gearing up for what looks like a busy season.  But I am sure a lot of people want to know what happens when we close.

Kaingu is fortunate in that the lodge can be accessed the whole year.  Many remote lodges in Zambia have to close as it is no longer possible to reach them.  Generally speaking mid to late November is the time when a lot of operators have to close down.  We are open through Christmas and New Year though and generally close our doors after the New Year guests leave.  This time of year has its challenges though:

Activities and dining out can end up wet… 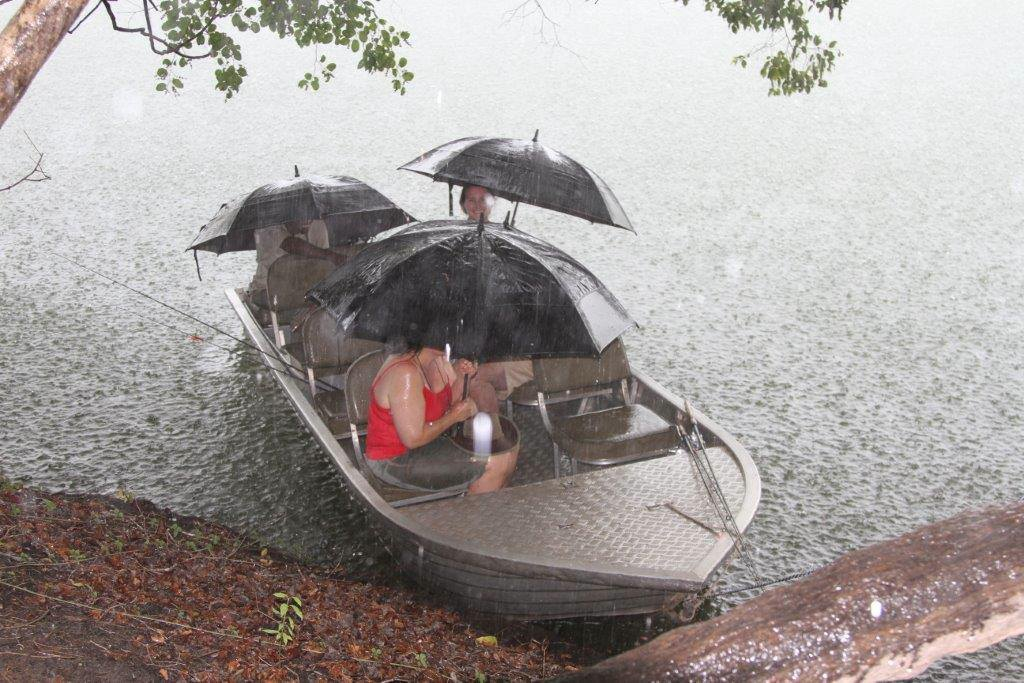 So the guests leave and then a massive clean up takes place.  The kitchen is stripped out, deep cleaned and all put back together.  The guest tents are closed down, linen all stored and rat bait placed around strategic locations.  Boats are pulled out of the water, motors stored and vehicles moved from the park around to the lodge.  This year our guide Kaley and his wife stayed at the lodge between the 5th of January and Julia and Gil returning on the 15th of February.  Kaley was assisted by Bo and Nelson – our two stalwarts.  The jobs that then take place include:

–       Checking all tents and buildings for water ingress, pets such as rats and termites etc.

–       Slashing grass around buildings and paths.

–       Preparing material that will be needed on opening:  building blocks, bush poles, firewood.

–       Weeding the new campsite area to ensure the grass survives.

–       Assisting the neighbours!  As Kaley is left with boats and vehicles he served as an important contact for our neighbours at Mawimbi Bush camp.  He assisted several times with moving staff in and out as well as attending to sickj staff members.

–       Checking that all solar panel banks are charging and that battery conditions are fine.  Running the generator when several really cloudy days deplete the batteries.

Unlike many camps, being fully solar means that we can leave a freezer running indefinitely.  So fresh food can be stored.  In many camps that close down for long periods it means almost 6 months of Kapenta, Nshima and tomato and onion mix…

The feeling of packing up a camp and then being the ones to stay behind is quite a weird one.  No guests and the feeling that you are the only people for miles and miles around.

As I have said the lodge can be accessed the whole year, but operations in January and February generally do not make sense.  The bookings are very very slow at this time of year, and it simply does not make sense.  There is also the fact that the weather means activities can be difficult, game is more sporadic as the permanent sources of water (i.e. larger rivers) are no longer the only water sources so animals spread out and are far more mobile.  The weather also means that solar panels struggle to keep up, even laundry doesn’t dry that well.

Having said that it is an absolutely spectacular time of year.  The skies are clear of all smoke and haze, everything is green and the rivers fill rapidly.  Water is everywhere and it is then your realise that Zambia really is blessed with water.  The animal sightings may be less, but like everything to do with animal behaviour there are exceptions.  For example at this time of year we tend to see more Cheetah on the roads than at other times.  The sightings that we do have of course just look better!  The brown, parched land of the end of the dry season is transformed. 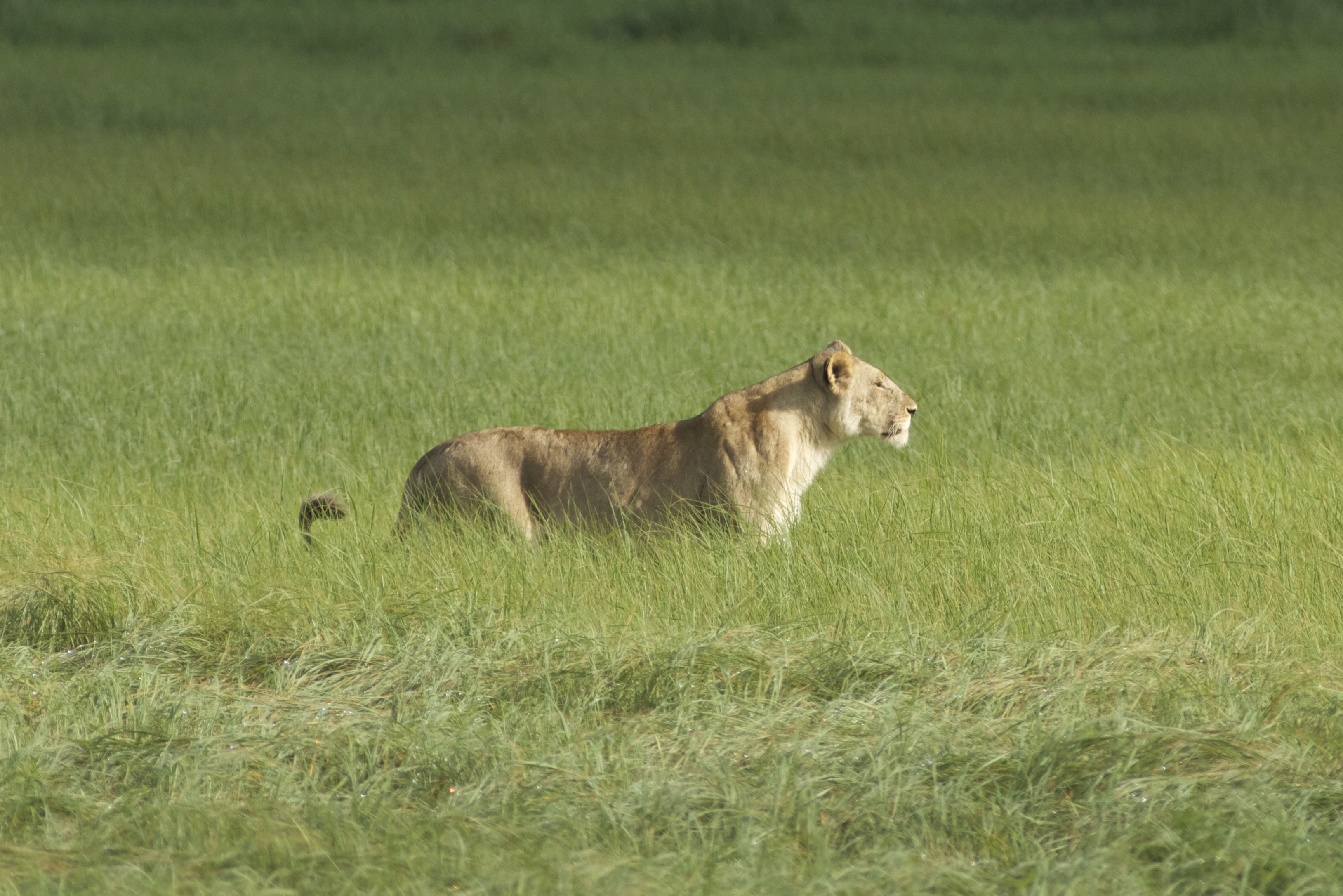 So once Gil and Julia arrived back then the absolute first priority is to then get Kaley and Lynne and Bo and Nelson out for some time off!

And then it is a case of sending the word out that everyone must come!  More on the next developments later…

Entry without preview imageThe Start Up of 2014
Scroll to top