I cannot believe that it is August already. It seems like just a few weeks ago that we were tying boats up to the top of the deck and boating over the Luansanza bridge!

Things are getting hot now – still a bit of a chill in the air in the mornings, but Winter is pretty much long gone.   Last time I mentioned that we had a Pro photographer here, and we have been really delighted with Anthony’s images which we have now used to update pretty much everything!   We did run out of time though as we had a very ambitious shot list, so we have to get game driving and the family house done by ourselves.  Here is an example of his work: 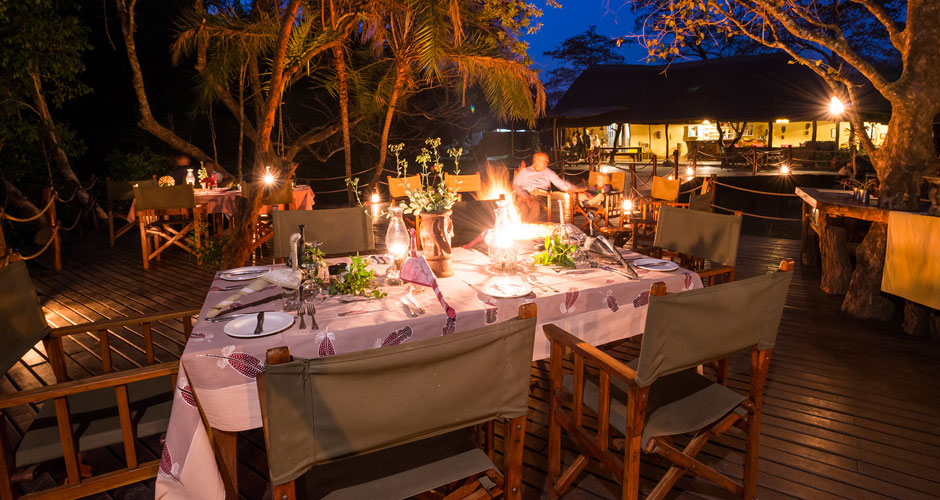 The sightings have been strong – best month so far I would say.   We have had a group of elephant bulls that actually spent most of the month on the islands around the lodge and this led to some really fantastic sights. 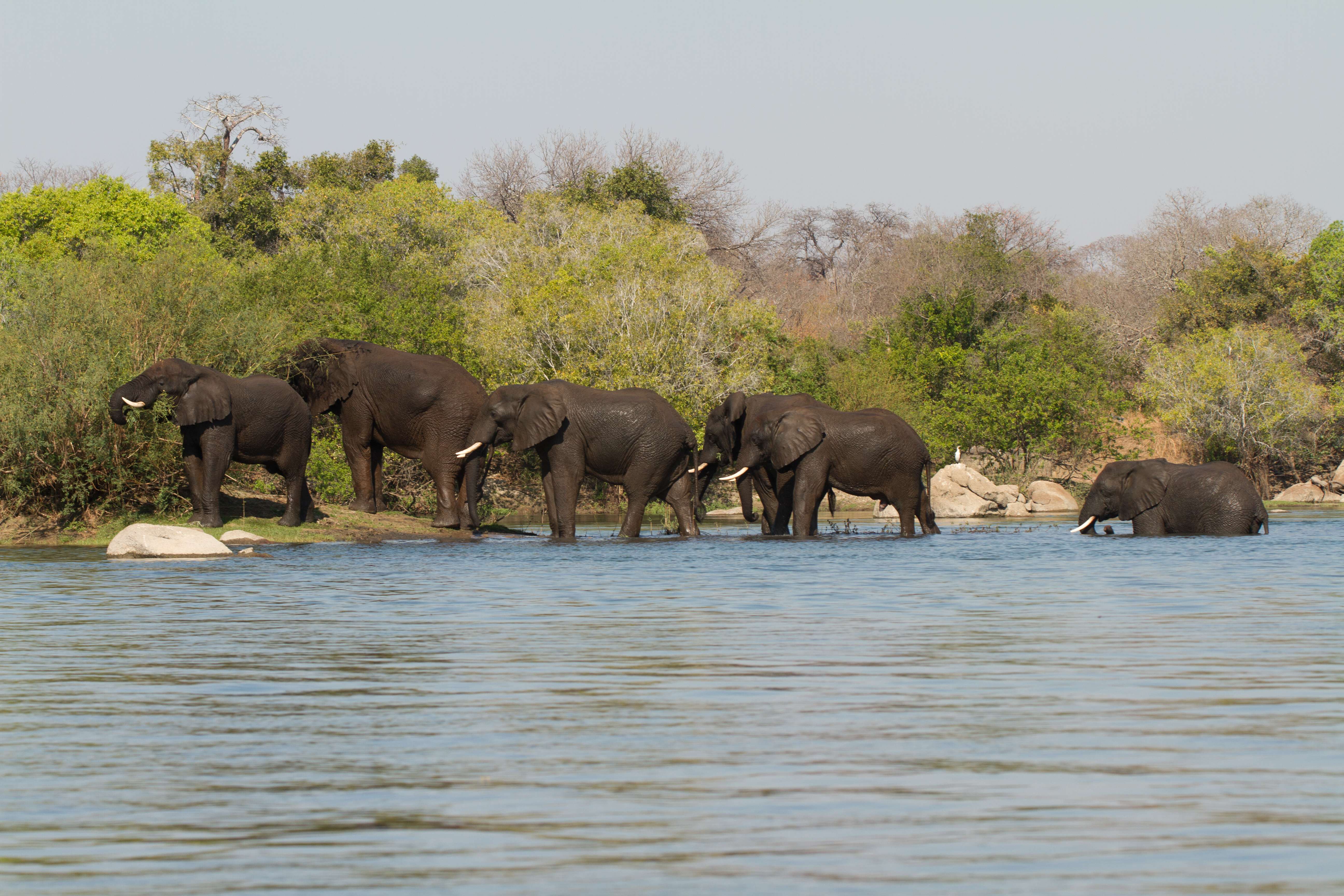 Some of the sightings allowed us to get really up close with them.  The leader of the group of six is a most magnificent bull who is nicely relaxed. 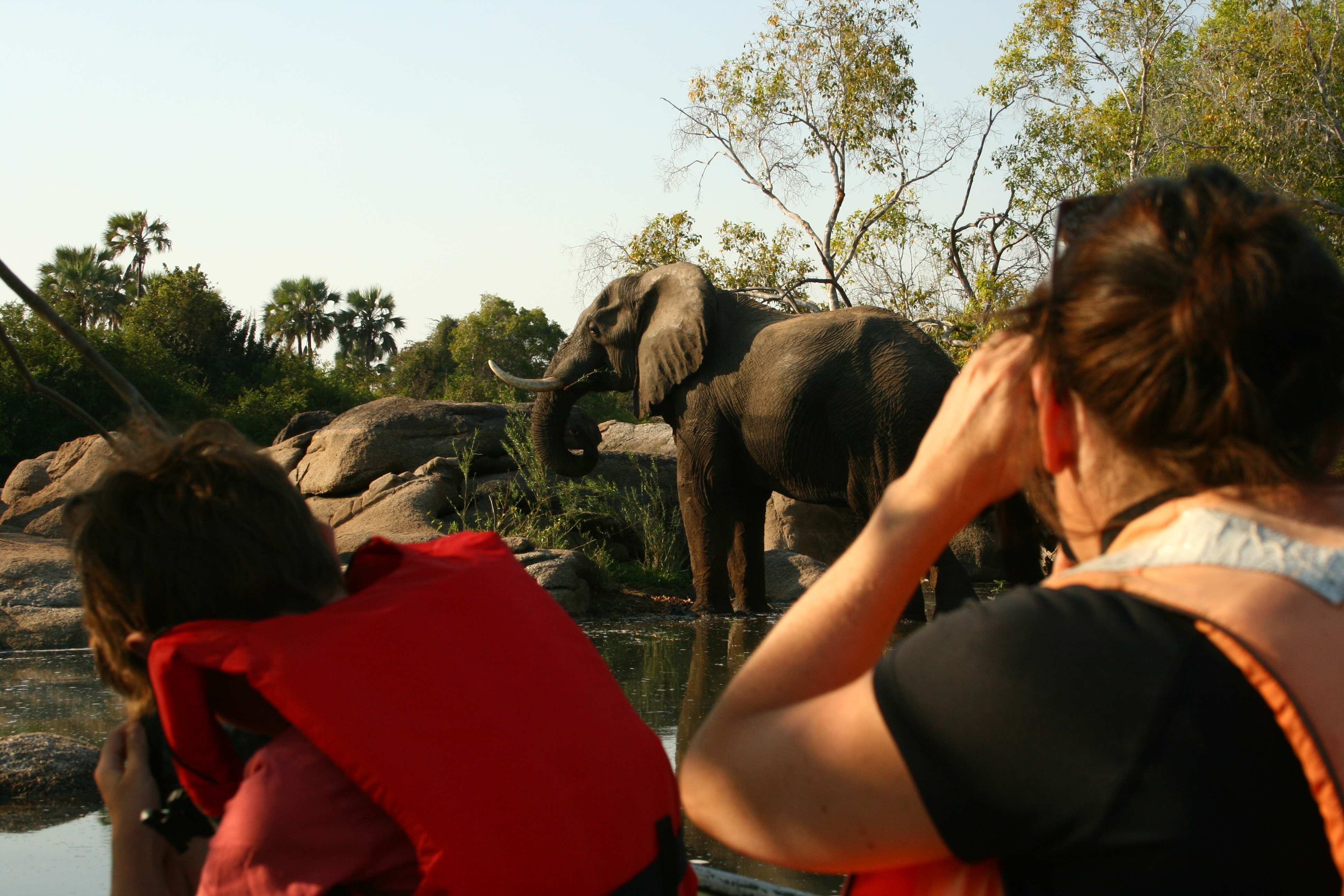 We also had the most fantastic relaxed Serval cat on a drive up the spinal road. 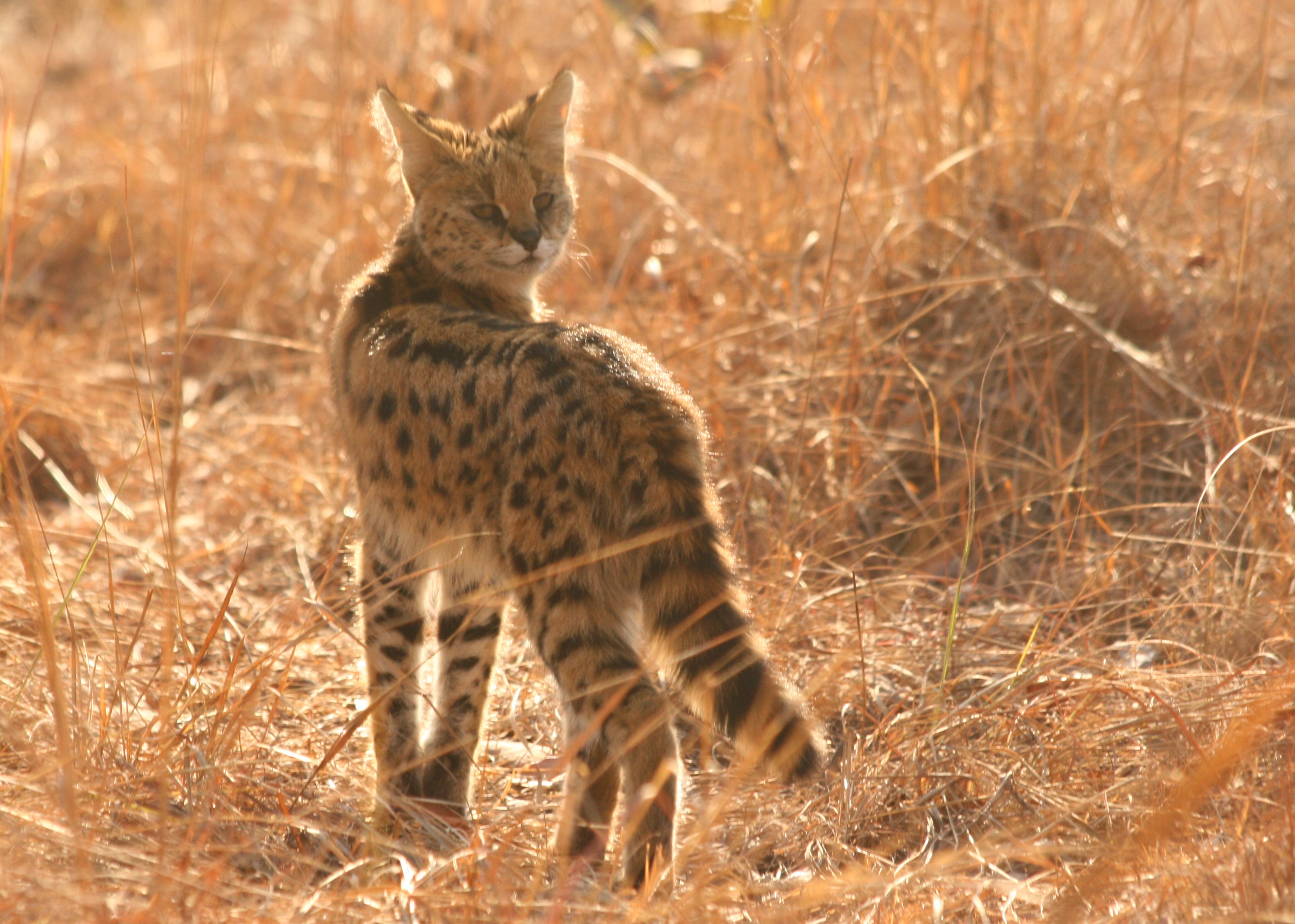 For me at least though the highlight has been a nesting pair of African Skimmers appearing on the island formerly known as ‘Pork Belly’ island – now obviously we are calling it Skimmer Island!   There are three eggs on the nest (which is just a scrape in the sand) and we have positioned a trail camera to hopefully catch some interesting images. Several times I have gone up there just to sit in a boat near the island and try to catch skimming moments. 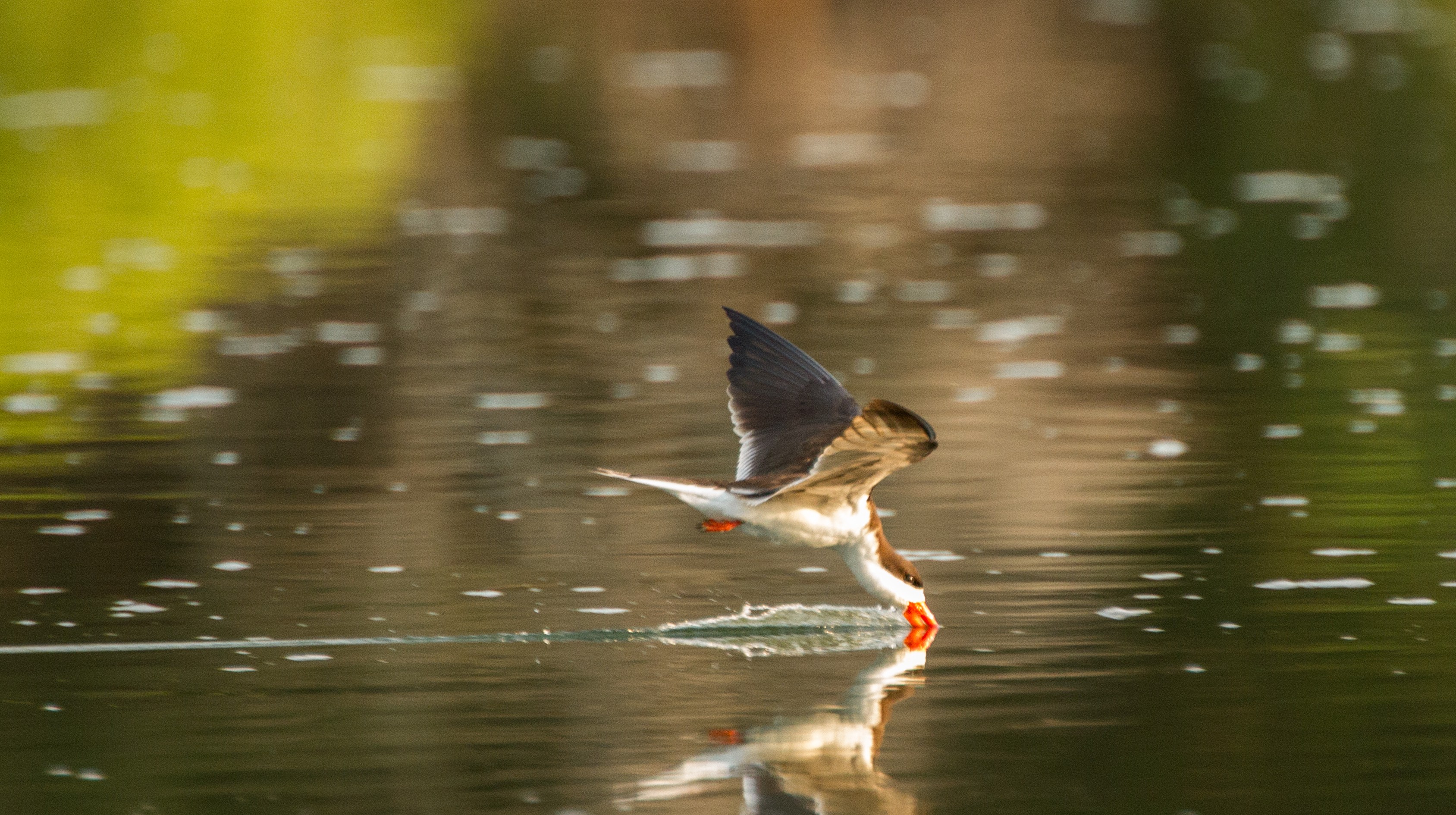 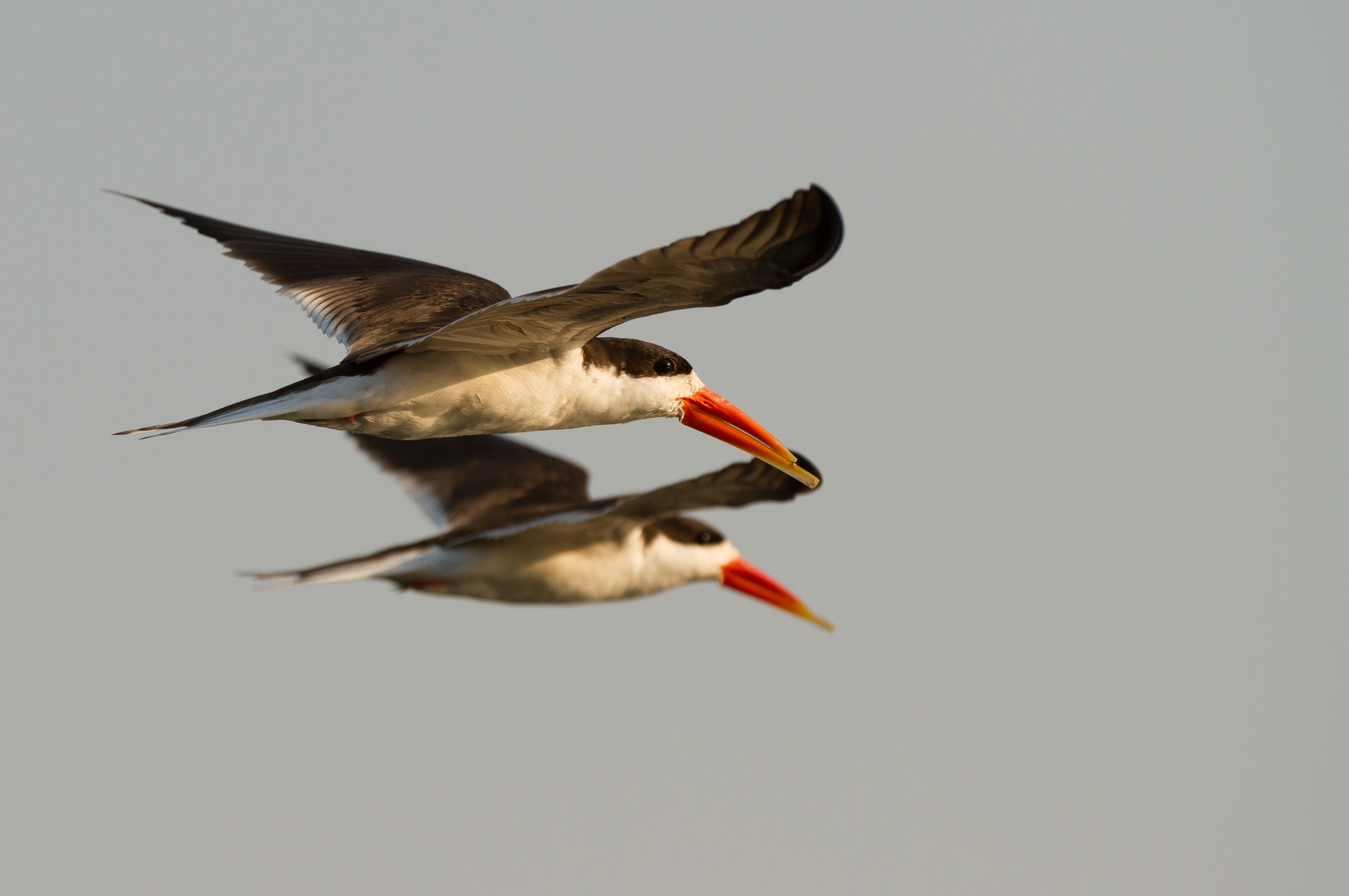 We also had some very interesting sightings on this side of the river in the Game Management Area. Rick found a large (150+) herd of Buffalo, and then while we were looking for building sand we had a hyena and Lion encounter. Wild dogs were then seen by Bo and the guys the following day while driving in loads of thatching grass. That makes three confirmed sightings this year within 2km of the camp. A huge improvement on last year.

The new ‘Pools Loop’ continues to yield great sightings of Sable, Kudu, Hartebeest, Oribi and Bush Pigs.   This month Major even tracked down two male lions on the loop which is very heartening!

In terms of camp and guest experience improvements we have a few:

We completed the installation of our new breakfast counter and grill, this is seeing action for cooked breakfasts and evening steaks.  Here is trainee chef Nelson behind it. 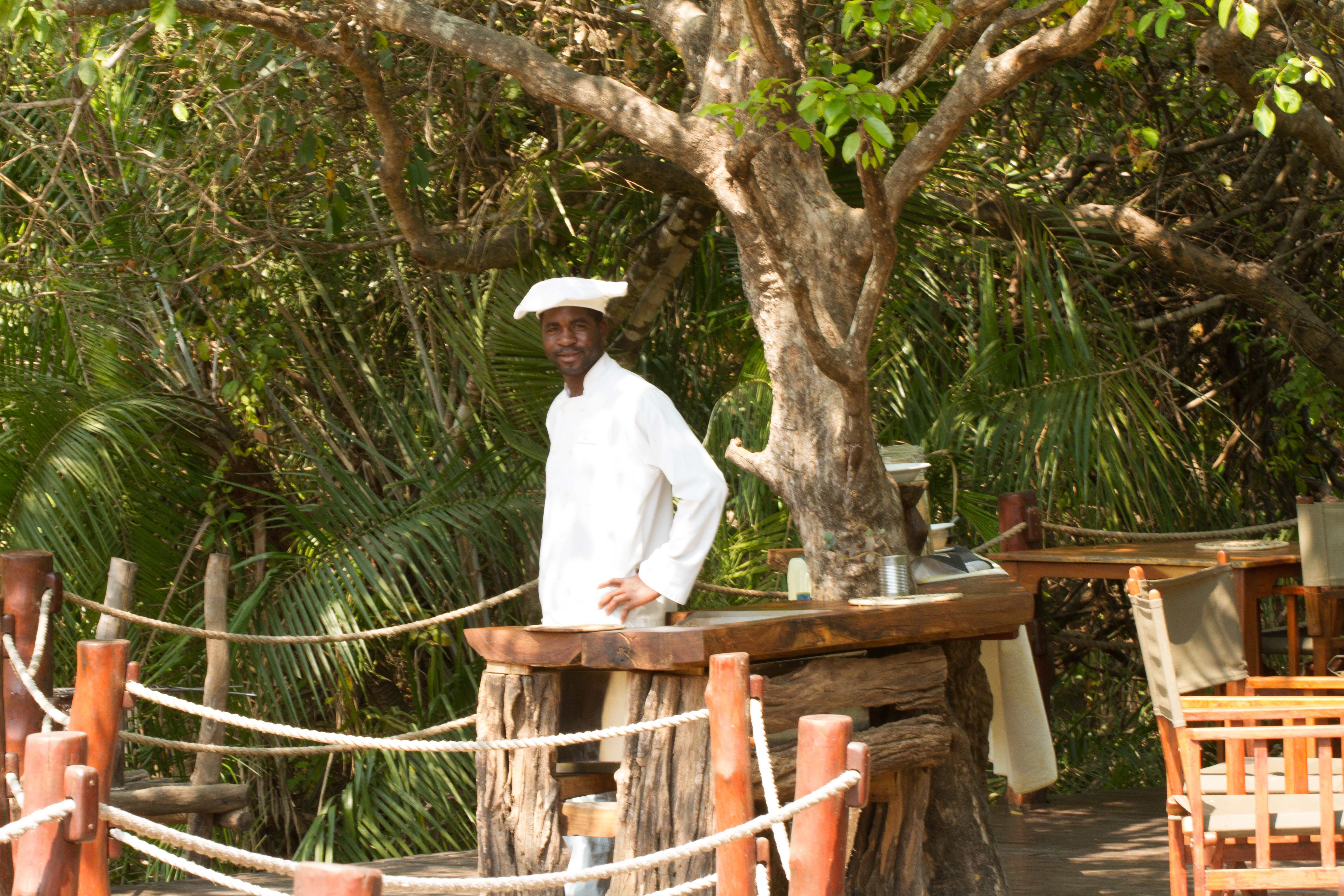 We also acquired three brand new custom made inflatable canoes for running our own canoe trails. This is really a value addition to our activities here and finally we can now do trails whenever we want. 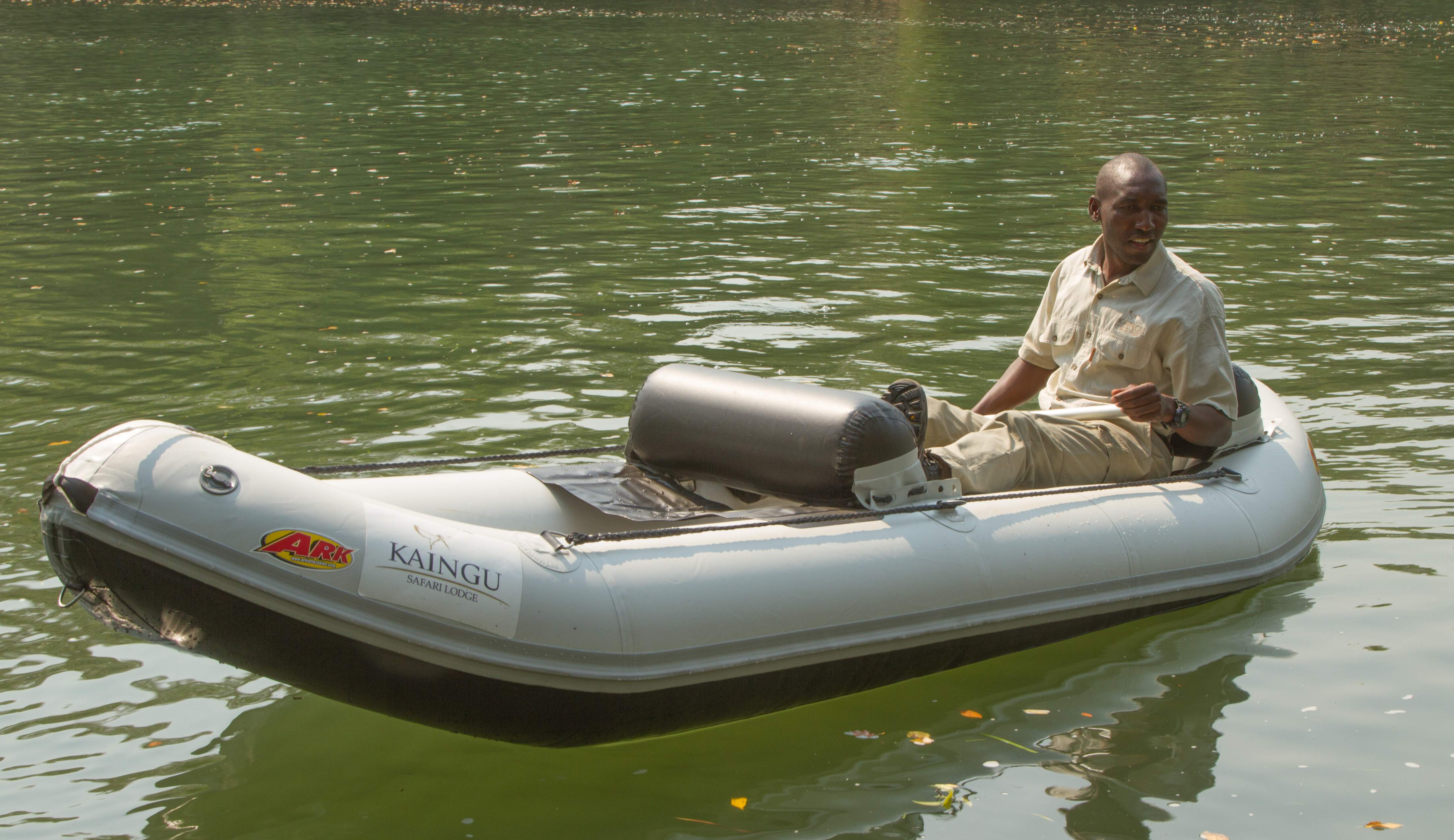 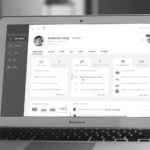