April Fools.  Well, my attempt at convincing people on Facebook that we had seen a giraffe in the Kafue was quickly rumbled, but the month really did get off to a flying start, with the completion of Finfoot House modifications and the first (repeat) guests to use it were delighted. We also started the development of a Kaingu band!  Drumming and singing has often been part of camp life – particularly when we do dinners down at the rapids, but we decided to formalise the whole thing and make it a bit better.  To be really honest I don’t think guests always appreciated the 10 minute discussion (argument actually) about what song should come next! So we set aside some afternoon time over the course of a week or so for the band to really get in shape.  Benny (new waiter) has proven to be an amazing member – he has a hugely powerful voice and is wonderful on a drum! 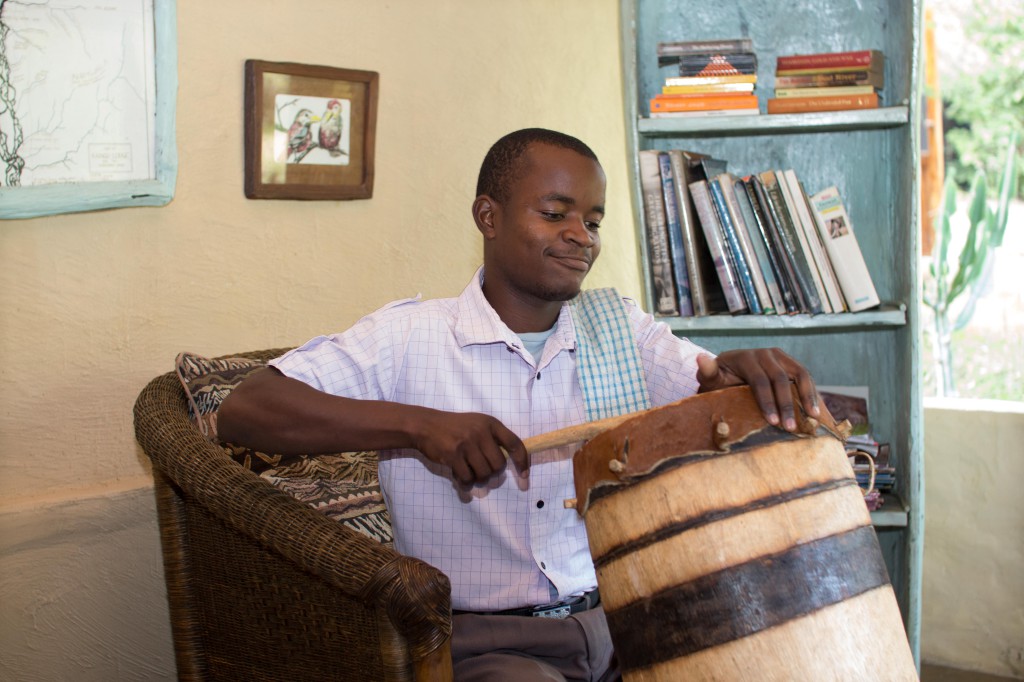 We were also delighted to welcome two new members to the guiding team.  John D (who we have known for a long time) and Israel Kayombo Kayombo.  John is an absolute top tier field guide and has experience ranging from the ‘early days’ of the Luangwa scene, white water river guiding at the Falls and many years here in the Kafue.  Huge experience and knowledge.  I have never seen a guide studying a field guide to the Sierra Nevada so that he can relate flora and fauna that American guests are familiar with to what is found here in Zambia!  Not only does he have top flight guiding skills, but he is also a fine artist (in almost any medium that you can imagine). Even in addition to that he also is a highly skilled mechanic.  So to say that he is talented is a bit of an understatement. Here he is in his special handmade dancing shirt: 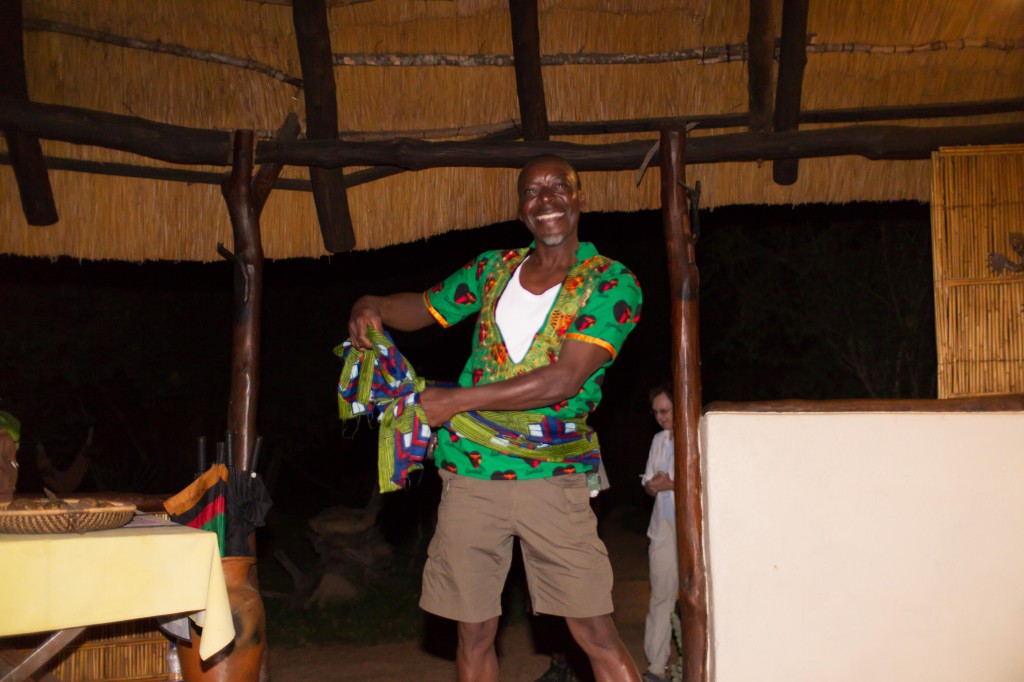 Israel is a young guide who has worked in the Kafue since 2004..  He is a wonderful character and his kind and caring nature just shines through.  He scored very highly in the Kafue guiding exams last year, and to be honest this was what brought him to our attention!  34 years old and having been started his guiding career 10 years ago he is passionate about conservation, loves leopards and is fascinated by stalking predators and kills! He wants to see Zambia tourism flourish for the future of the nation.  In ten years time he would like to have written a book to help other guides! 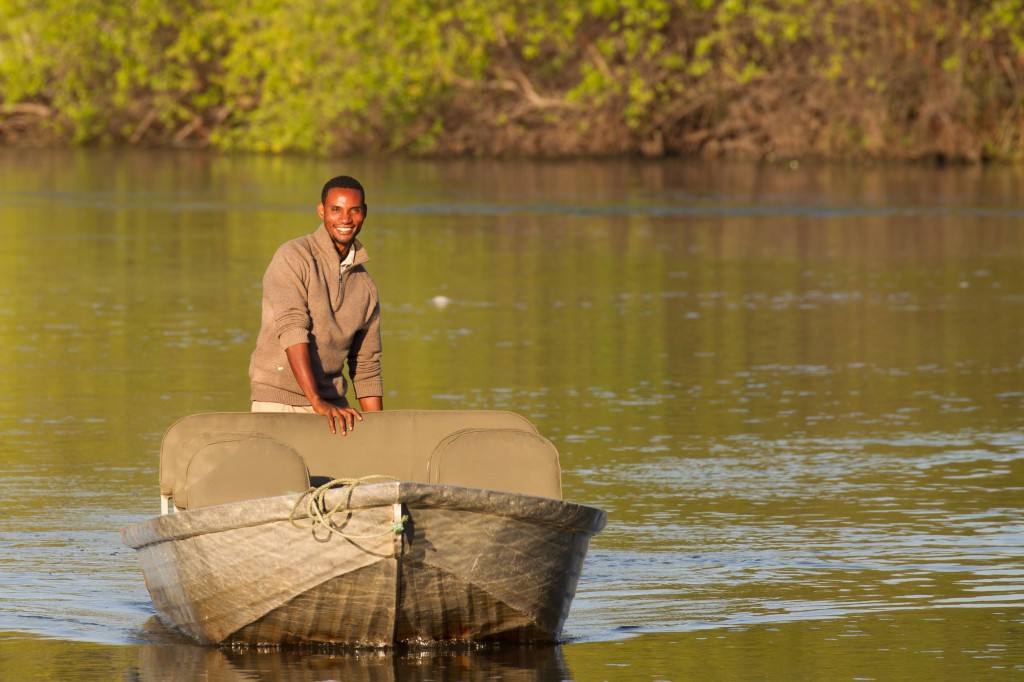 This means that we have now four strong guides in our team.  A far cry from a few years ago…

I mentioned Benny already, but we have quite a lot of new staff here for this season. Pythias has jumped from being a contract builder to also becoming a waiter.  He is a very quick learner at anything he turns his hand to, so waitering is proving an easy one! Here he is looking suitably thoughtful. 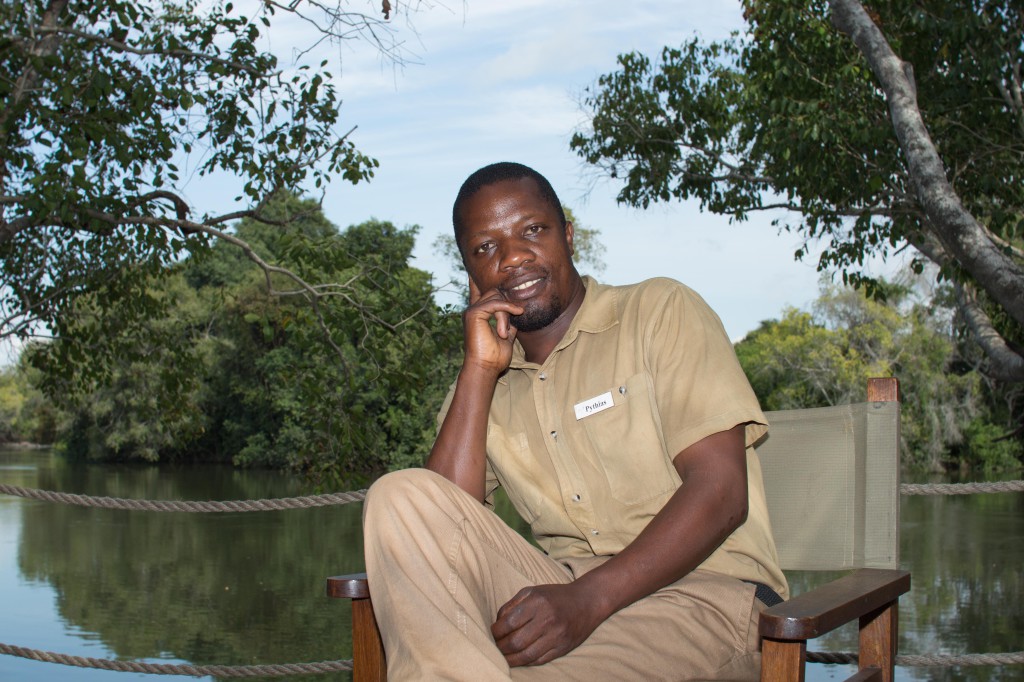 Mercy (Chef Lizzie’s daughter) has joined the housekeeping team and is proving a great band member too!, Nicholas is another great new housekeeper, who unusually holds a commercial driving license.  Mercy on the left on the big pile of thatching grass and Nicholas brandishing his giraffe’s tail fly whisk (AKA: feather duster): 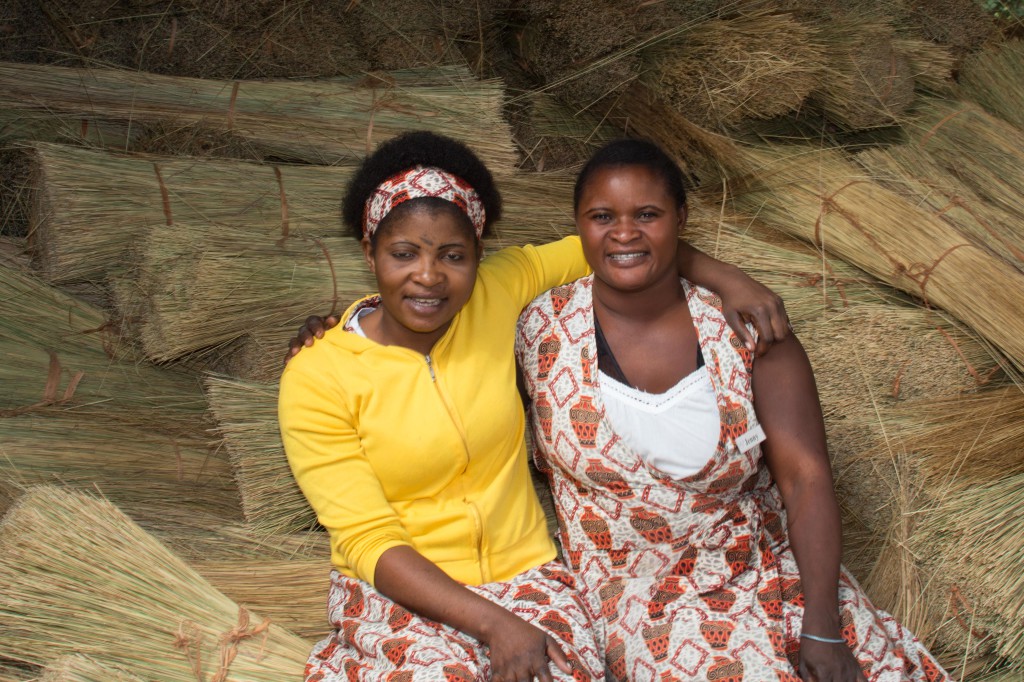 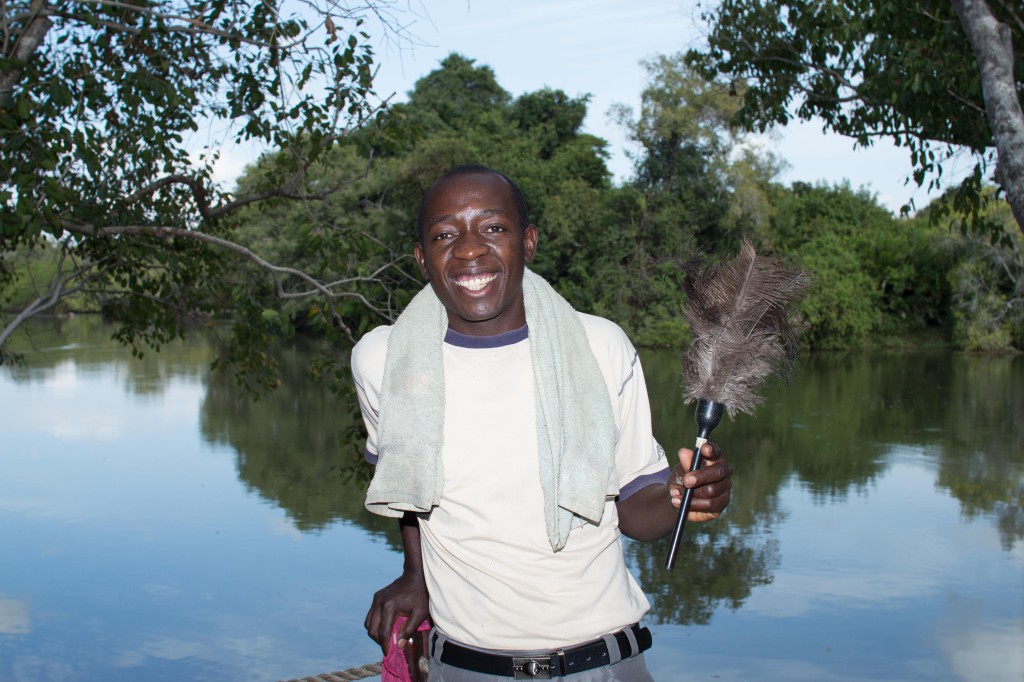 New mechanic Mike Yandila is proving to be a fantastic addition to the staff.  I really struggle to find things that he cannot do!  From repairing kitchen appliances, sewing canvas and what not through to the more regular mechanical repairs and maintenance.  He really is a very talented individual indeed.  He has taken a huge weight off our shoulders. 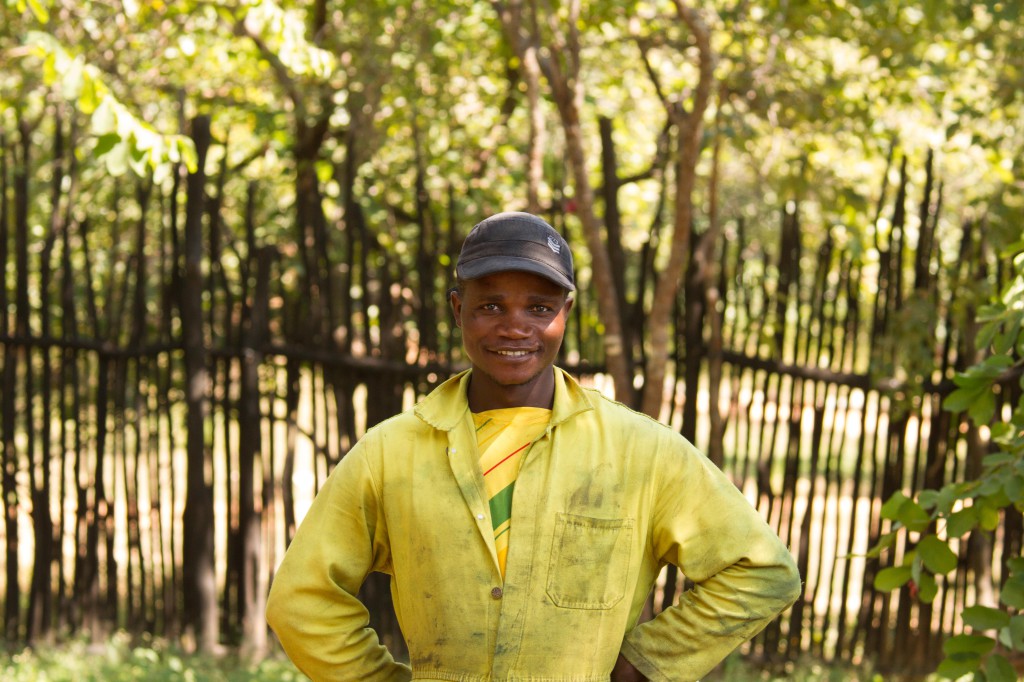 The sightings are difficult in April – the grass is still high, lots of water is still out there and the loops are not yet opened.  Despite that we had good lion sightings, some spectacular elephant sightings and also the first park based wild dogs of the season.  The birding (even just around the camp) has been really good, with fairly regular sightings of the sought after Böhm’s bee eaters along with a lot else.  A selection of images taken over the last month (wild dogs by Kaley): 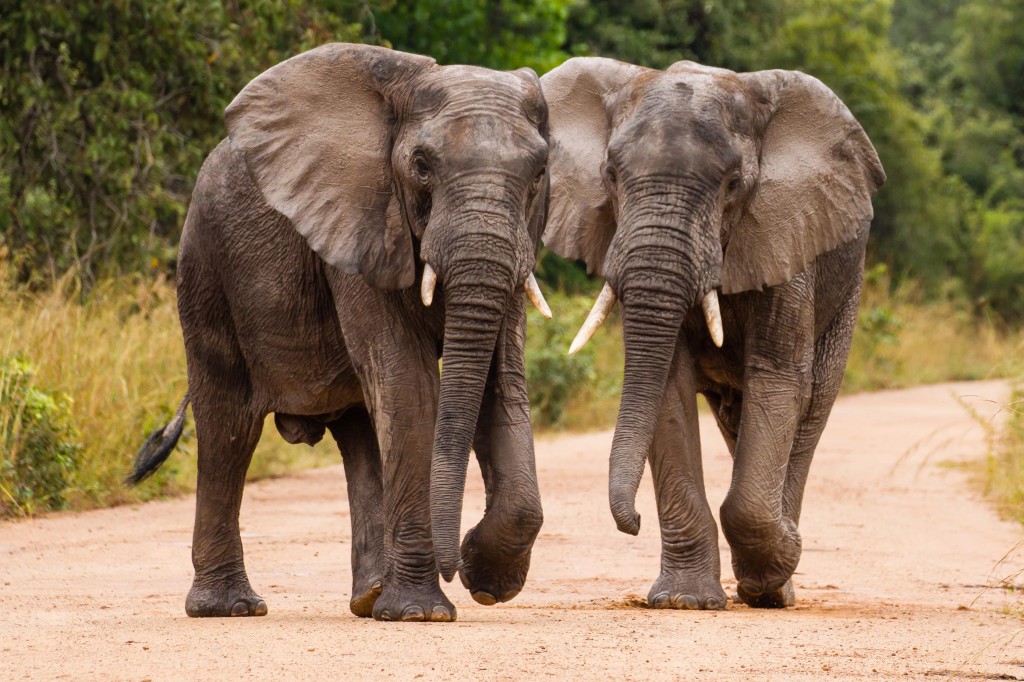 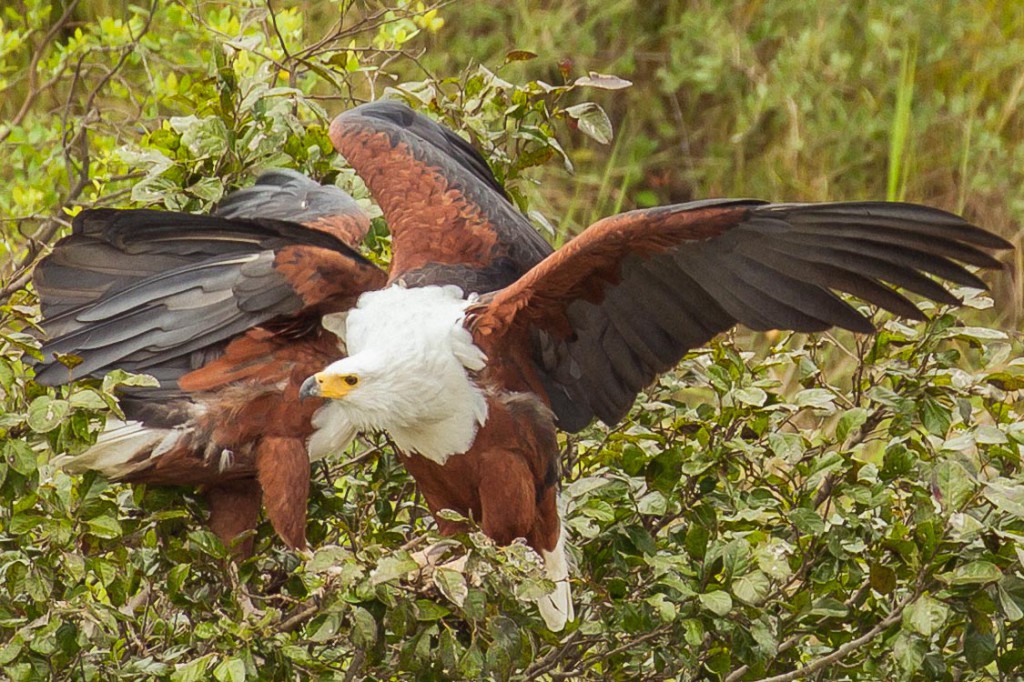 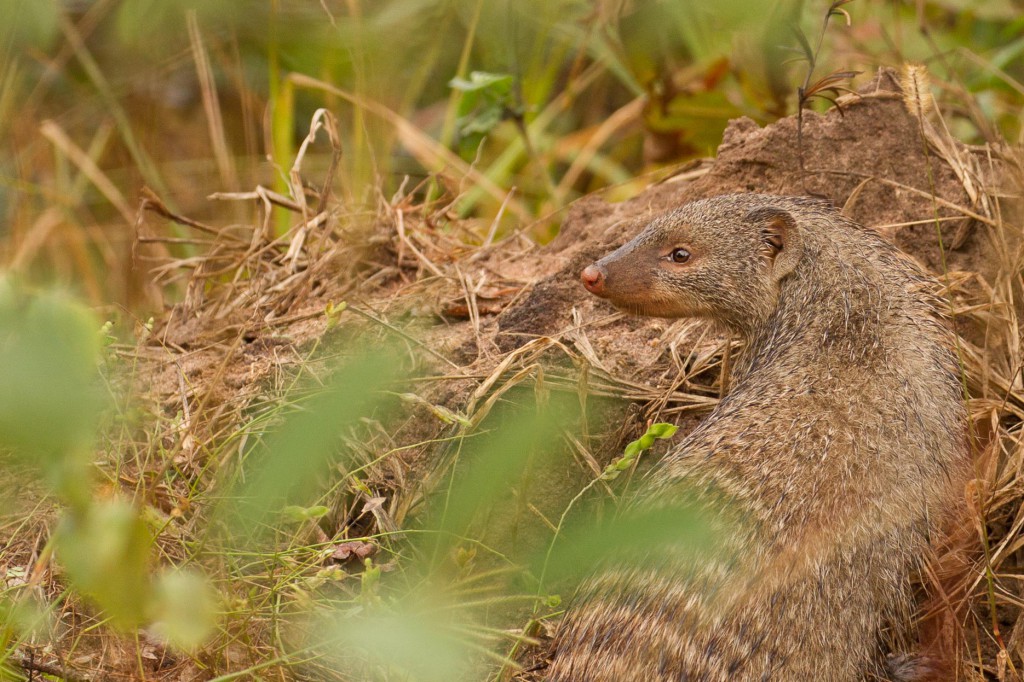 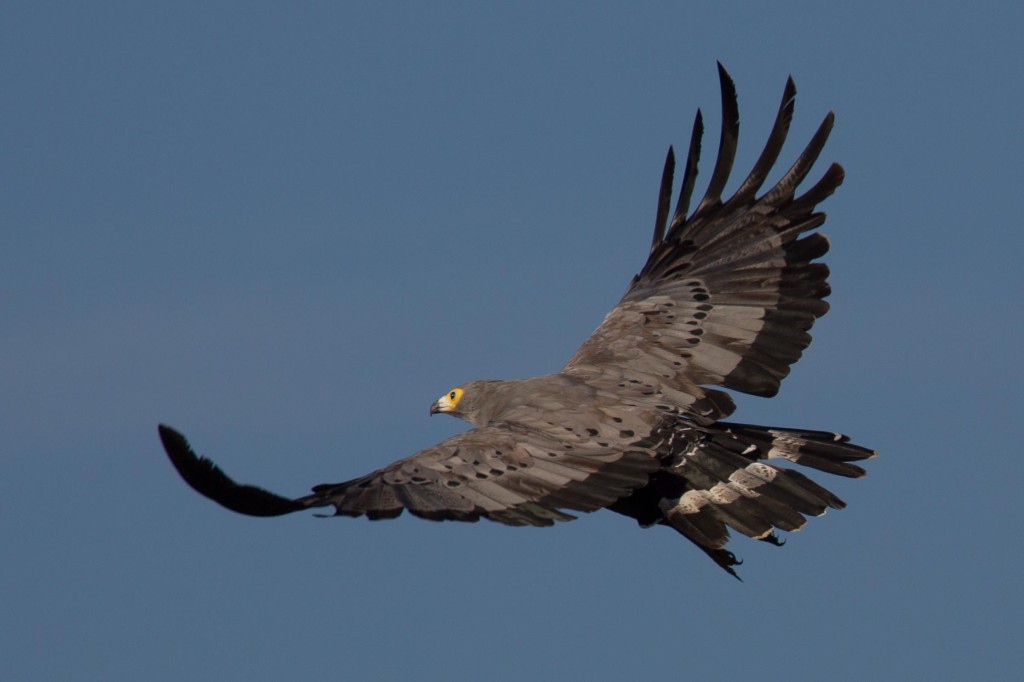 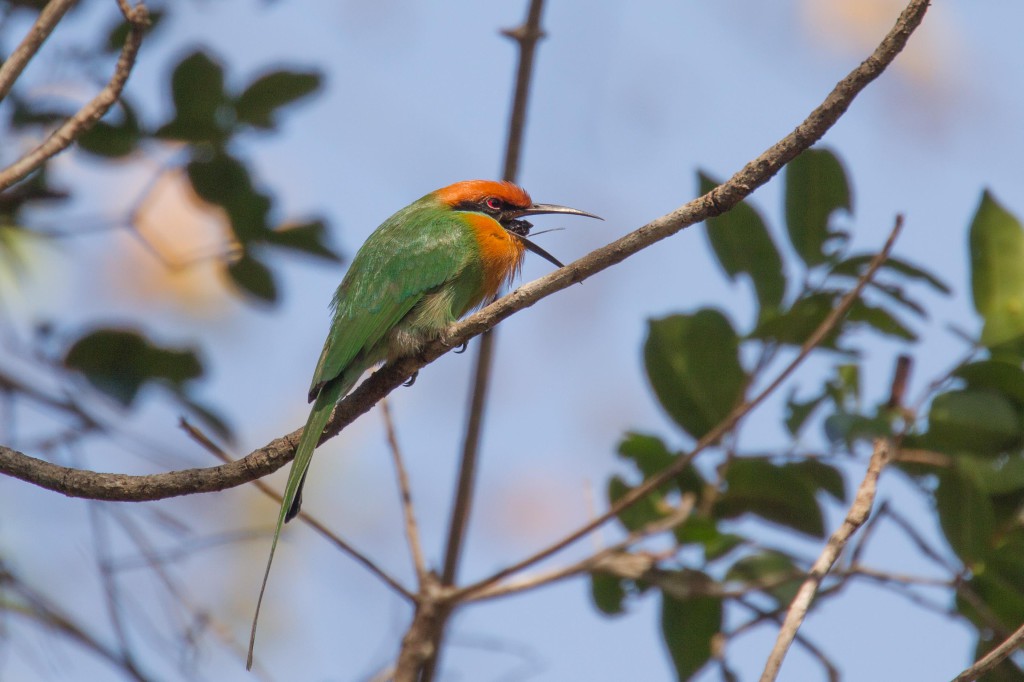 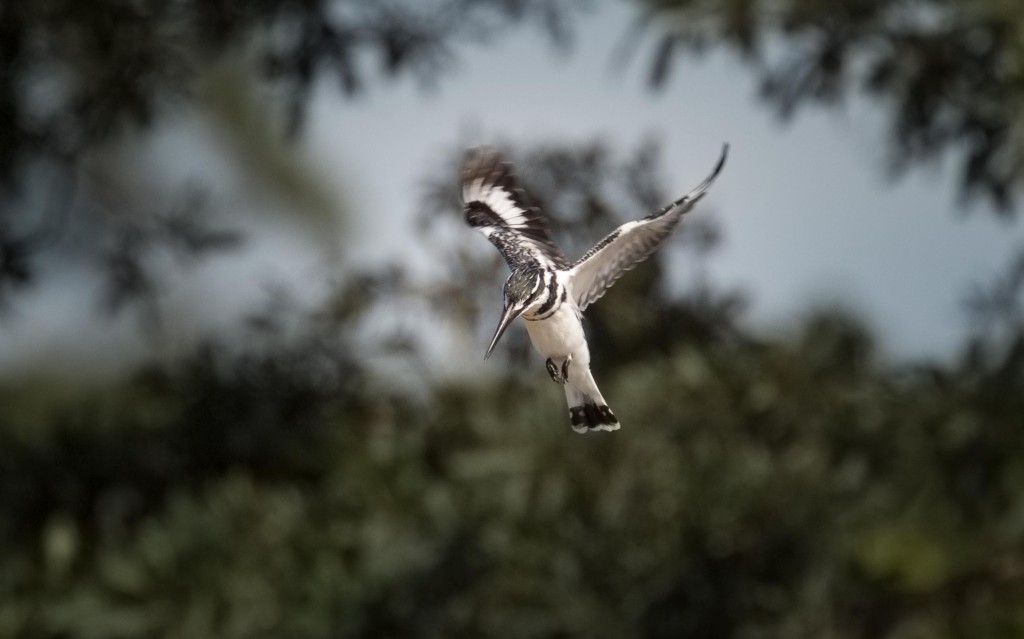 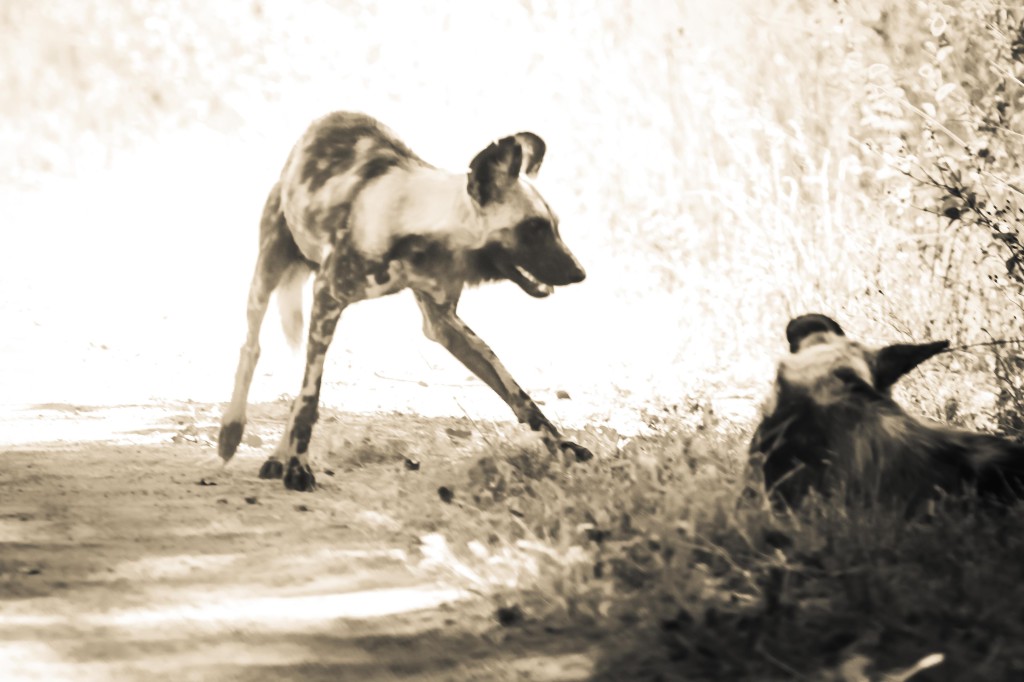 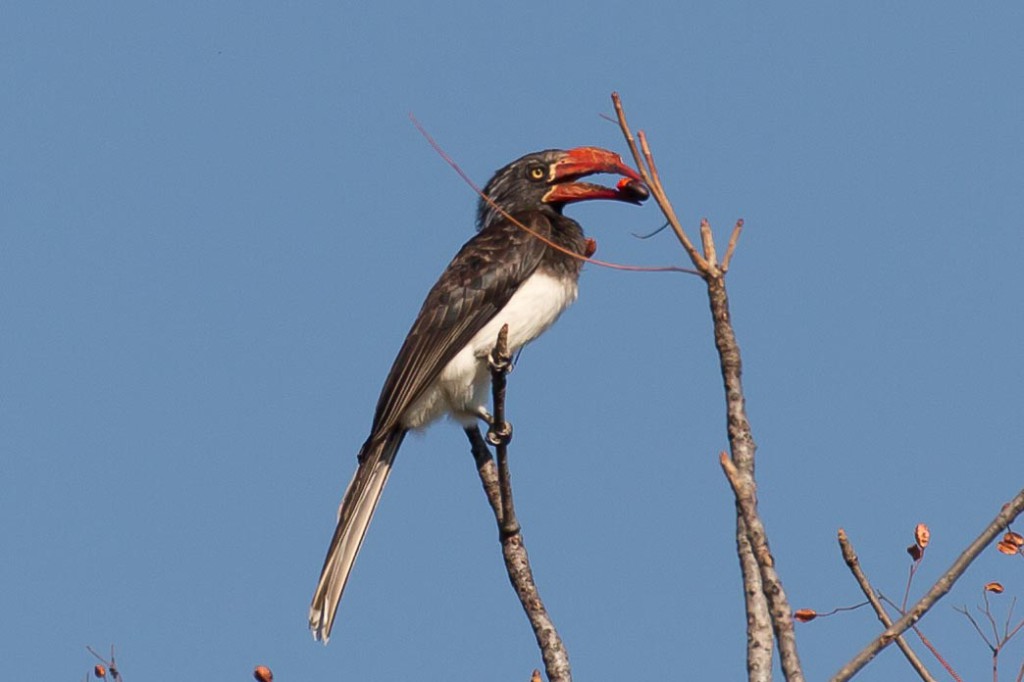 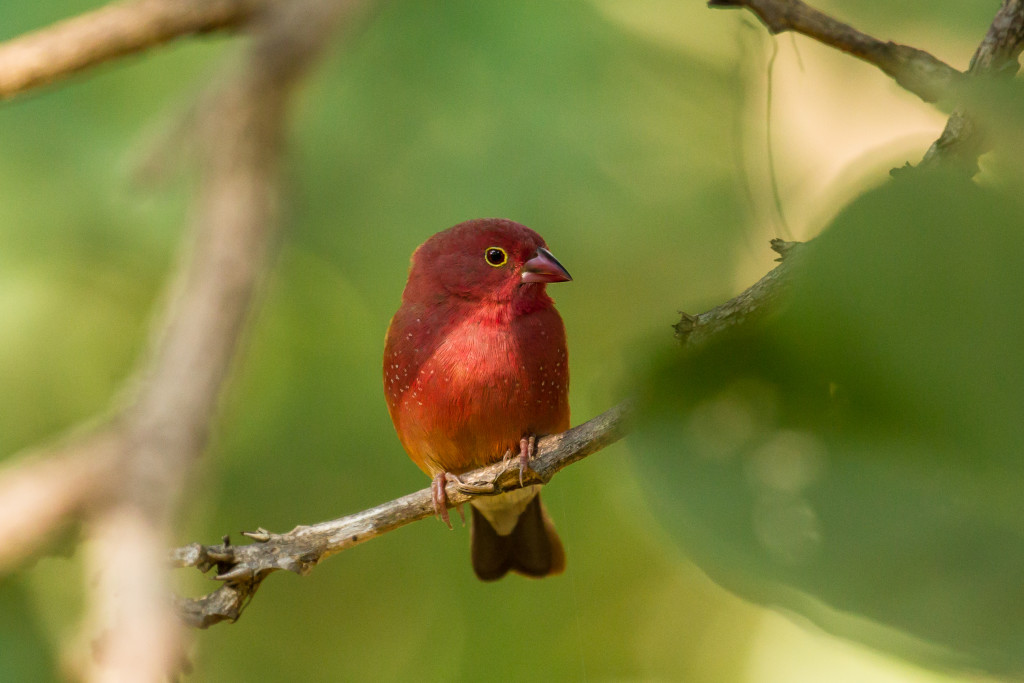 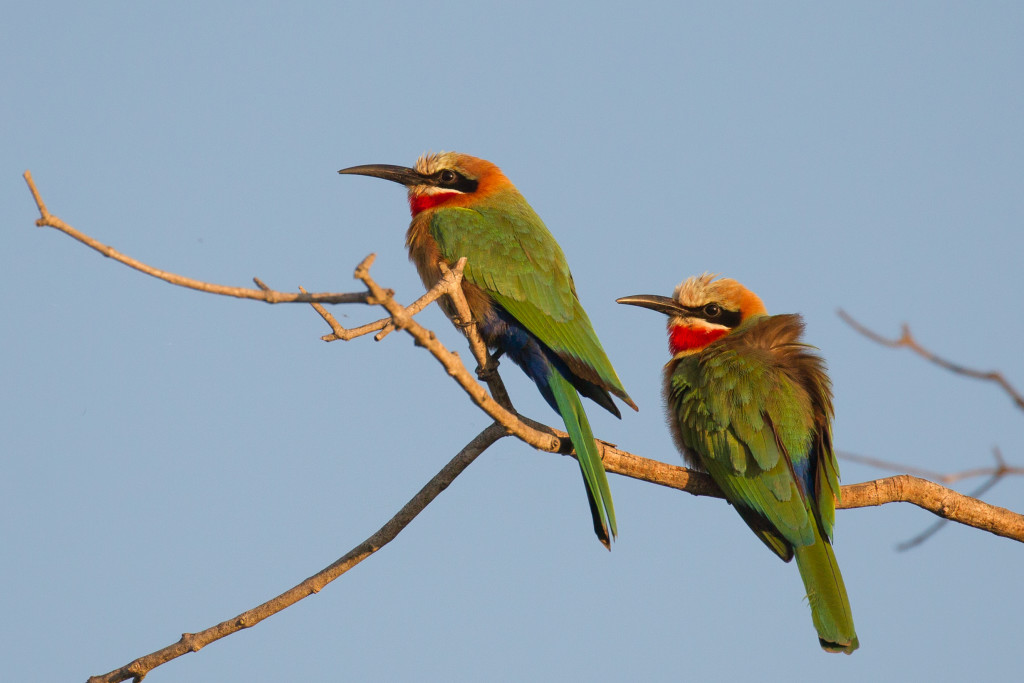 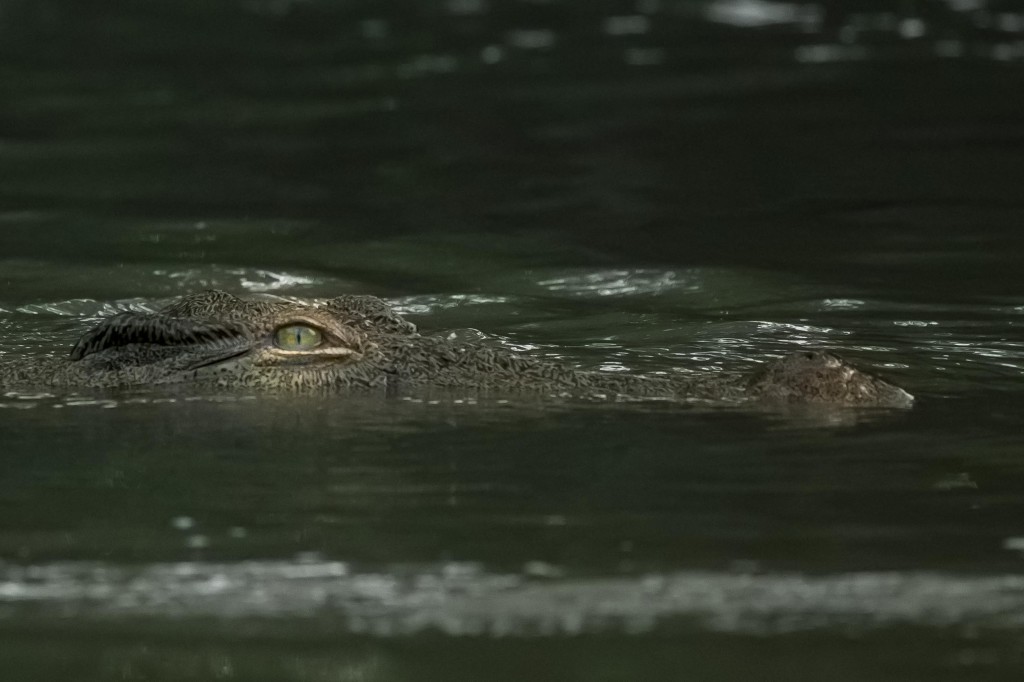 Speaking of water…..   March was very, very dry – so much so that we thought the rains were basically done.  Then it came back with vengeance.  Just in time for the long Easter weekend at the beginning of April!  This resulted in a temporary shelter being put over part of the main deck for Easter and then subsequent large groups that have been keeping us busy!

The curio shop has gone from strength to strength, which is a good thing as the sales have too!  New products from ‘Little Indaba’ (soft toys) have been really popular – and each elephant sold results in some proceeds to GRI.  Same with the Kaingu postcards.  Snare jewellery from South Luangwa (Mulberry Mongoose) is also proving a winner.  But the real hit over the last month has been Julia’s ‘Seed and Beeds’ jewellery.  Over 20 necklaces Sold in the last month.  That adds up to a lot of man-hours (and a lot of seeds).  Looks like we might even re-coup the costs of the kilos and kilos of seeds that came up from the villages last year when the word went out that there was a market for them here….

Some images of the ever-evolving curio shop: 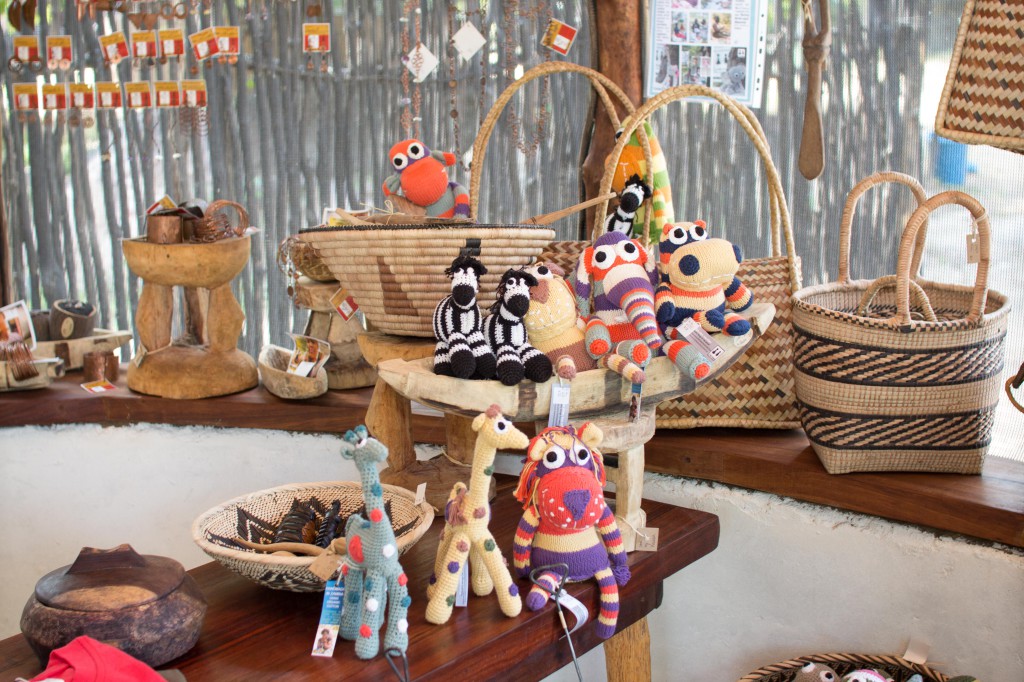 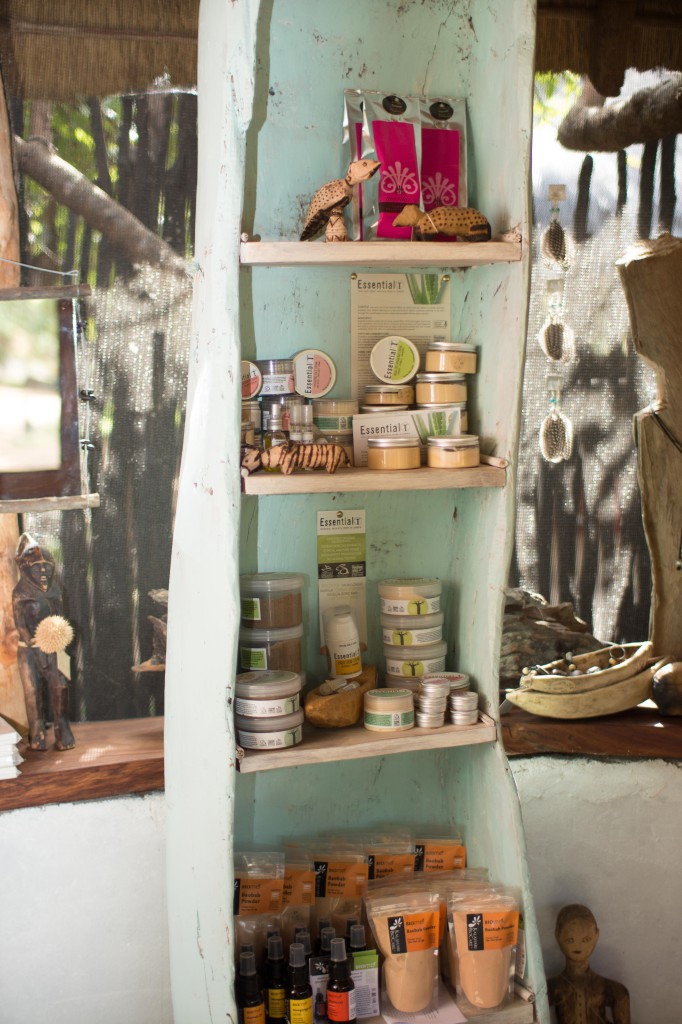 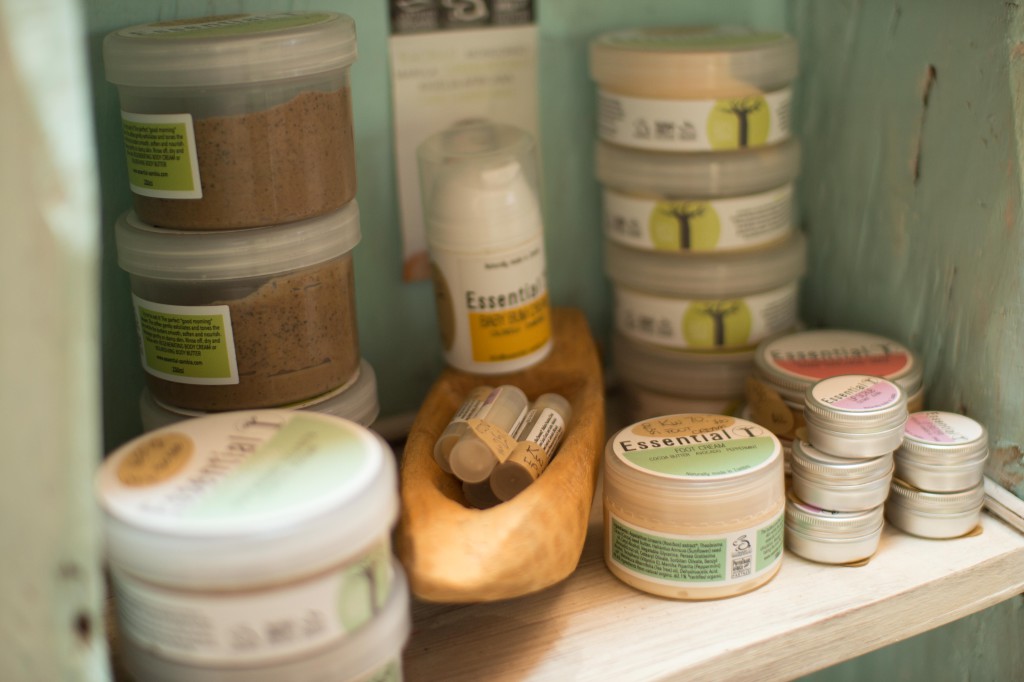 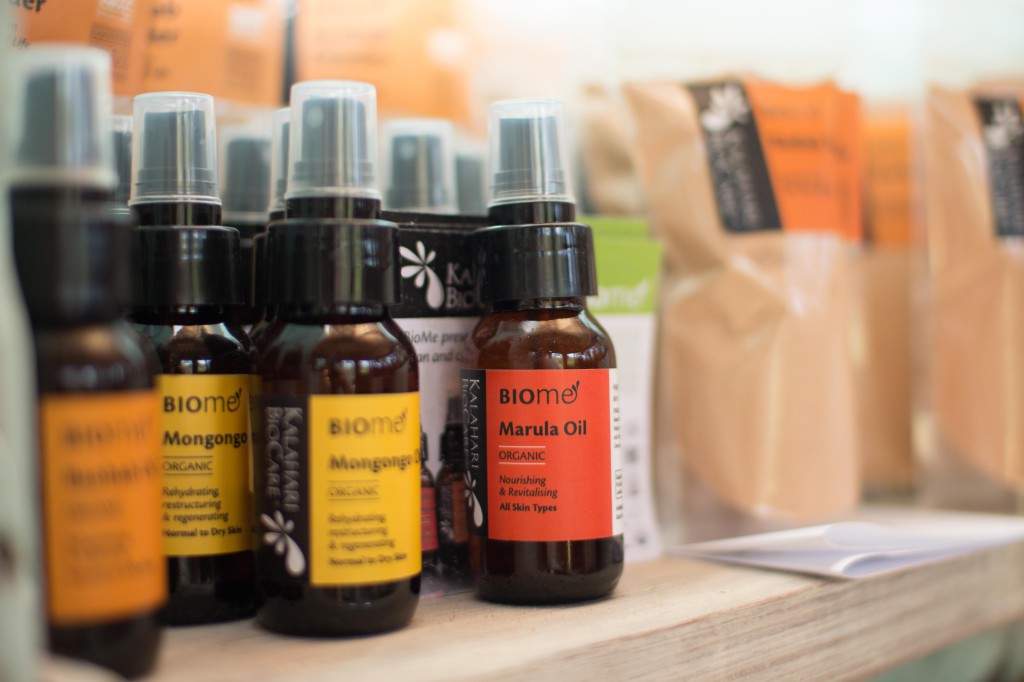 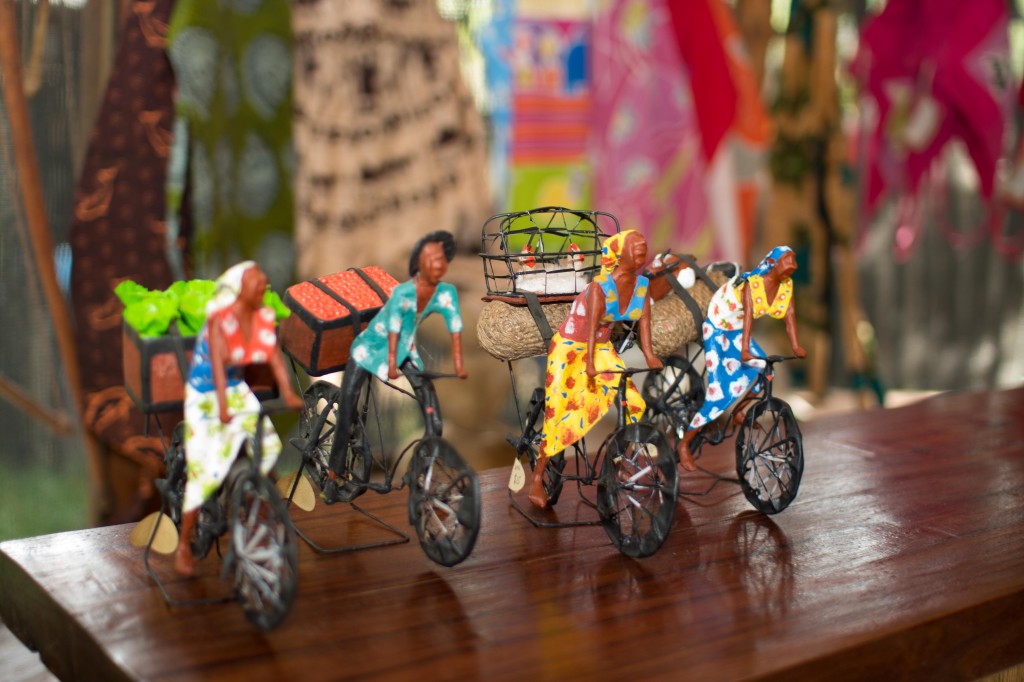 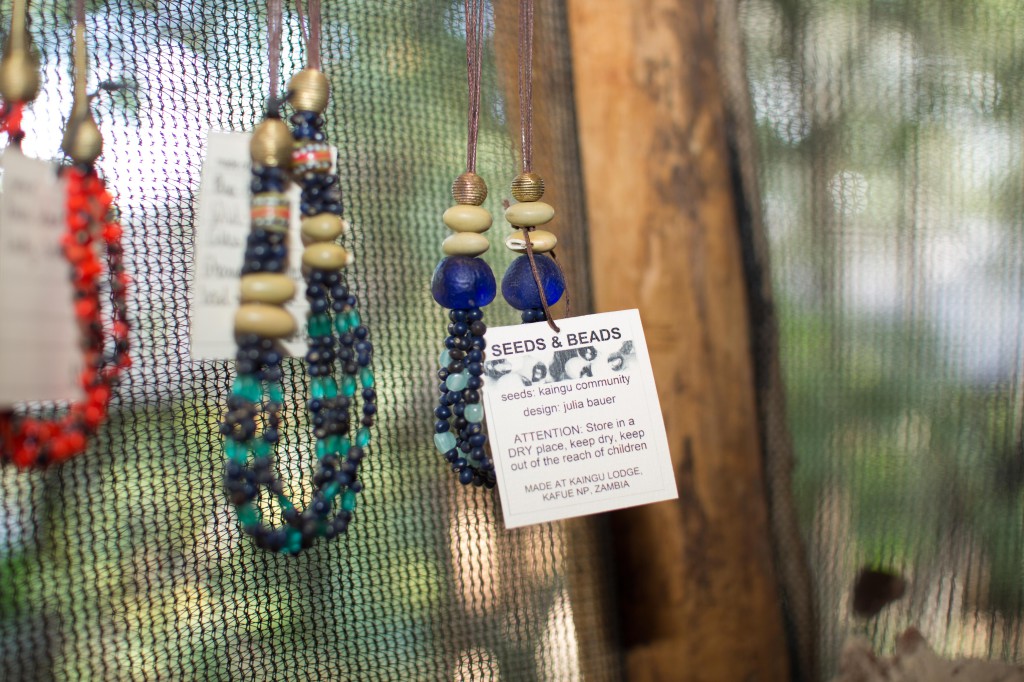 And then to sign off (pun intended) we completely re-vamped our whole radio system!  New base sets, new antennas,  new vehicle set ups and new handhelds. 10 radios in total.  Once it was all installed and set up (big thanks to Stephen the amazing radio tech from Lusaka) we were blown away….  we have gone from 3 rubbish old handsets that could hardly reach the lodge from the car park to a situation where we can even talk to the guides sitting in vehicles waiting for guests at Chunga airfield.  This is a real game changer for us and brings a massive improvement to logistics, safety, sightings and delivery days to name but a few.