May was as very busy month here at Kaingu.  With large groups in camp we were happy to see the river birdlife picking up – the birdlife on the river gradually increases as the season goes on: 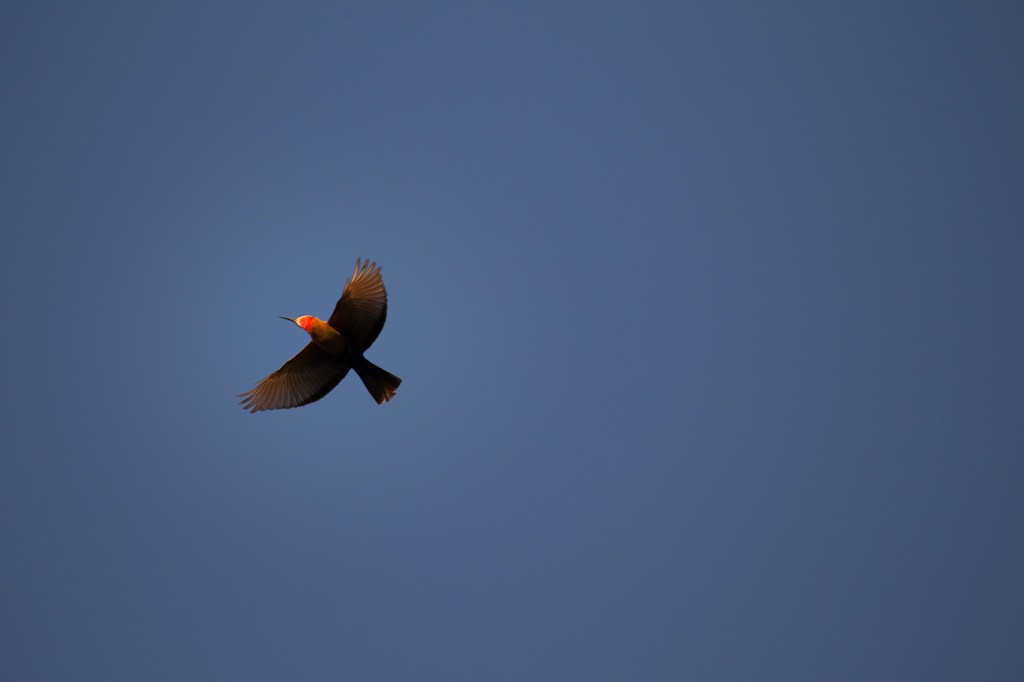 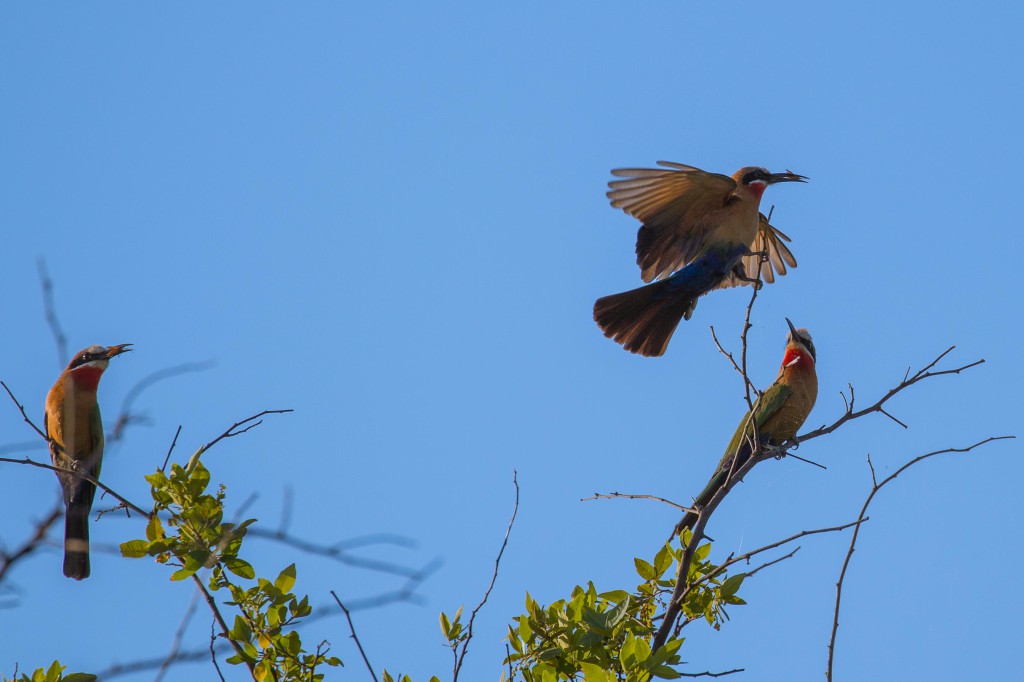 We also got Mark and his homemade guitar to do a couple of songs as the guests sat down for dinner.  His guitar (made here at Kaingu) was a huge hit.  Like Benny (and his drumming) Mark is quite a talent: 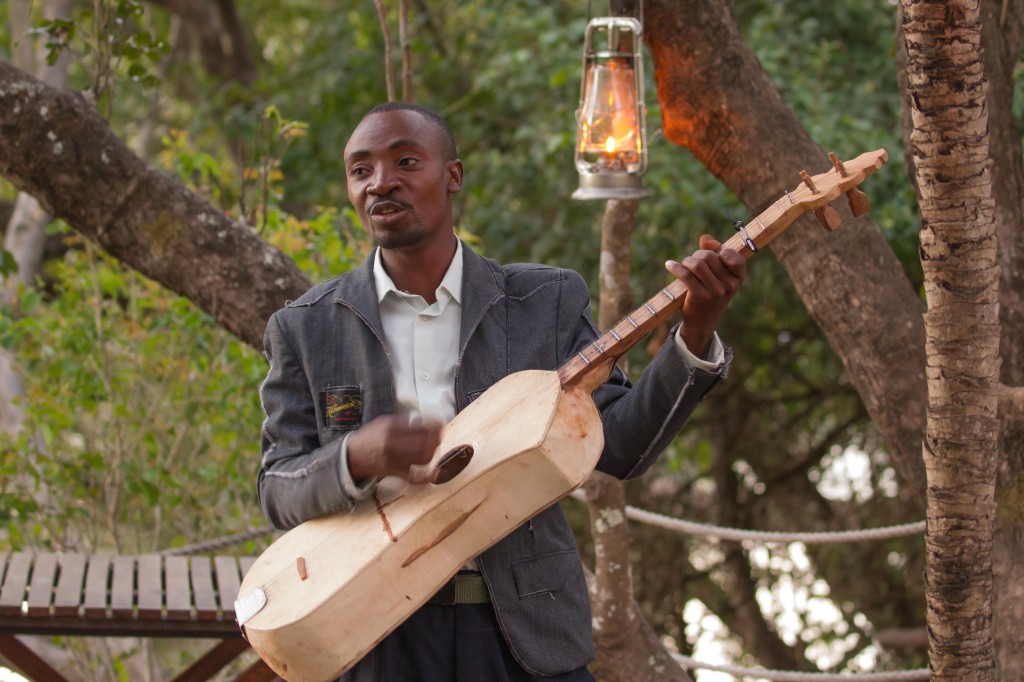 Then our big groups finished for the month and the very same day it was time for the annual Kaingu “Fathers and Kids” fishing trip.  This is now an annual fixture in our calendar.  They book the whole lodge (this year even the campsites were used).  It is a phenomenal event, involving serious logistics, serious river time and this year also an entire pig on a spit that was cooked in the turning circle for an entire afternoon! 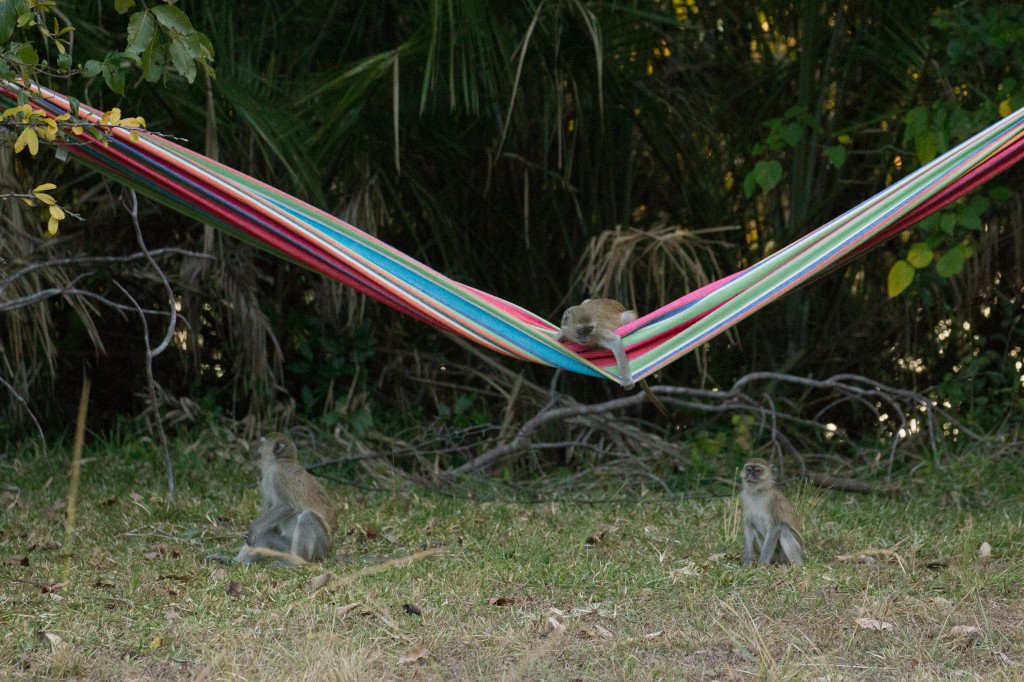 While Julia dealt with the organised chaos of the first night (which is always the maddest) I sneaked off to take some pictures of the rapids south of the campsites by moonlight: 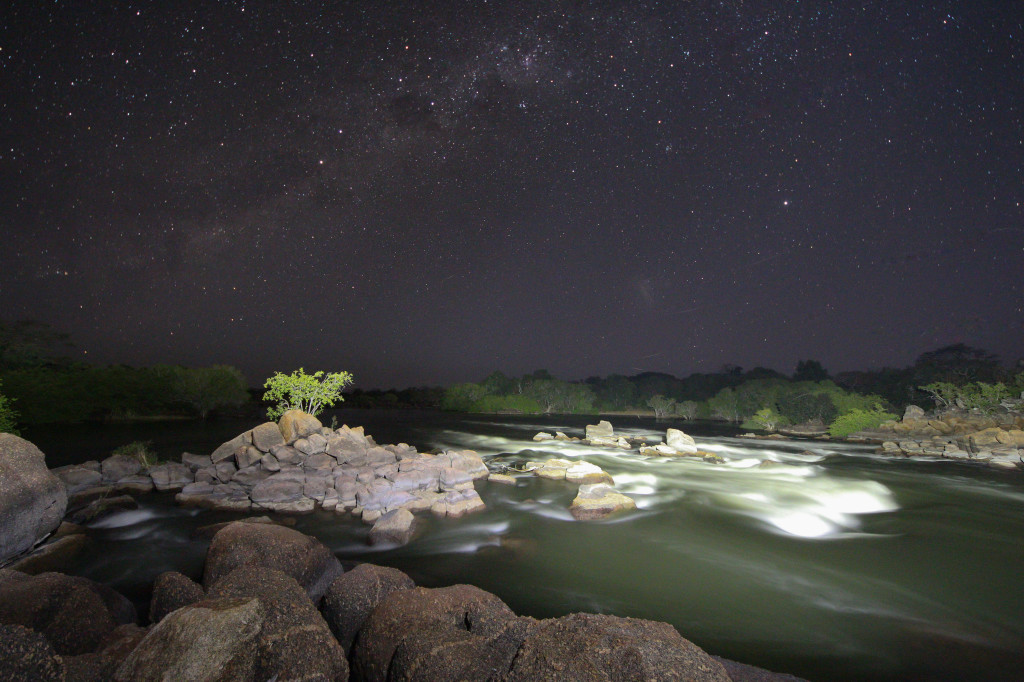 We then had a visit by a professional wildlife photographer for three nights which was a lot of fun.  She was toting a monster 600mm lens (among others) and we were delighted that she got pretty much all the shots that she wanted. 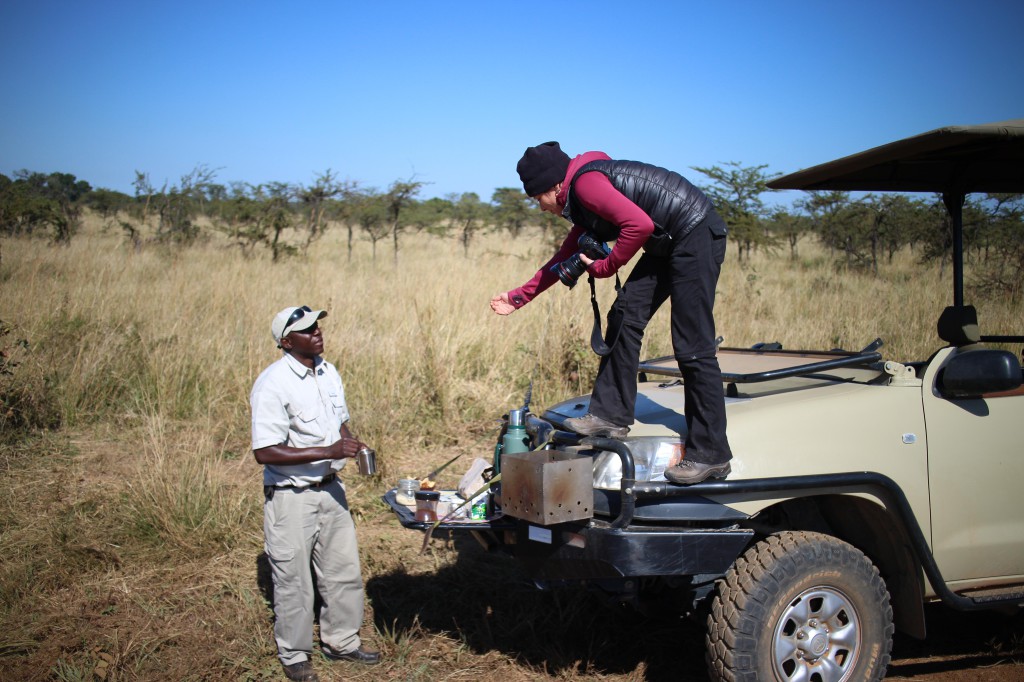 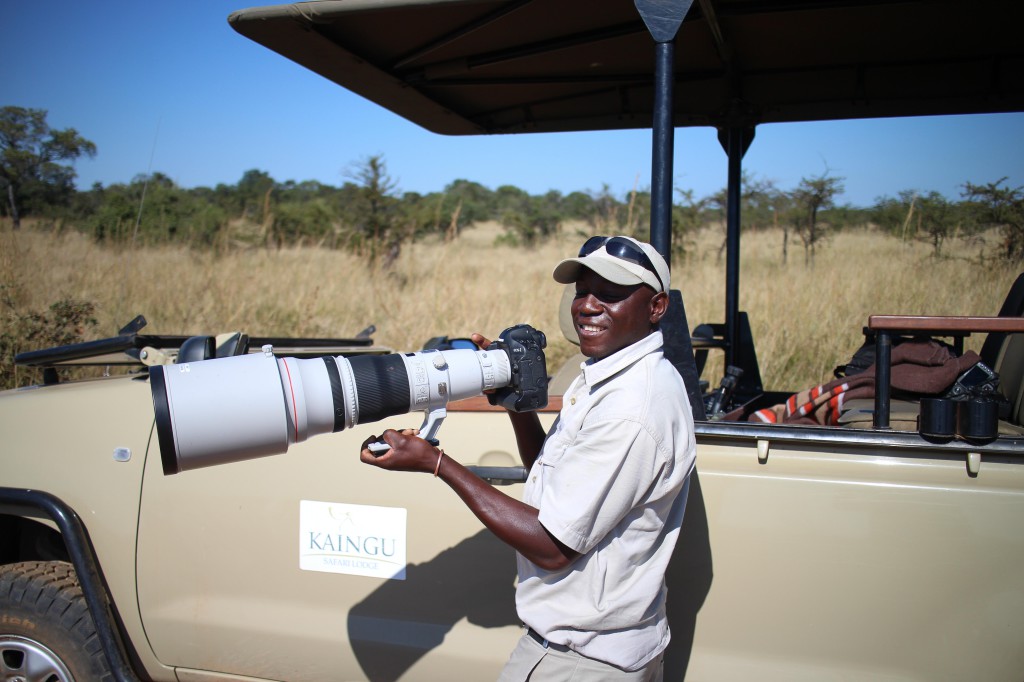 While out with Karine the photographer we also witnessed more ‘monkey business’, although this time not involving our hammocks! 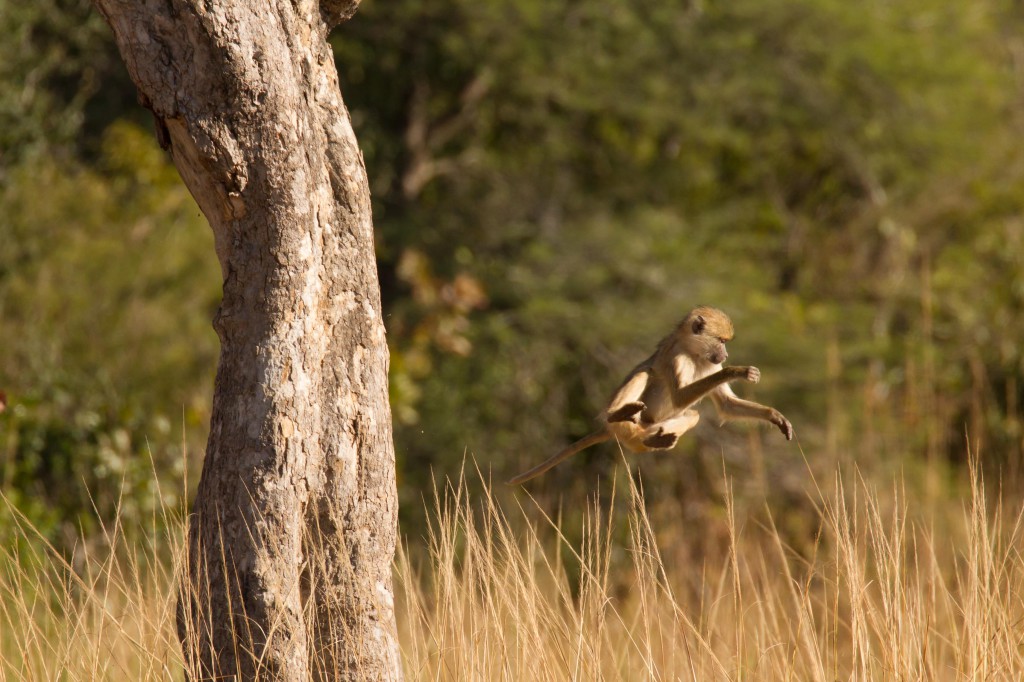 We also started driving the ‘pools loop’ that we created last year.  Firstly we had to slash and repair 14kms of road as ZAWA’s equipment was all involved elsewhere…  And we saw the first sable antelope of the year on the loop the first time we drove it – encouraging indeed! 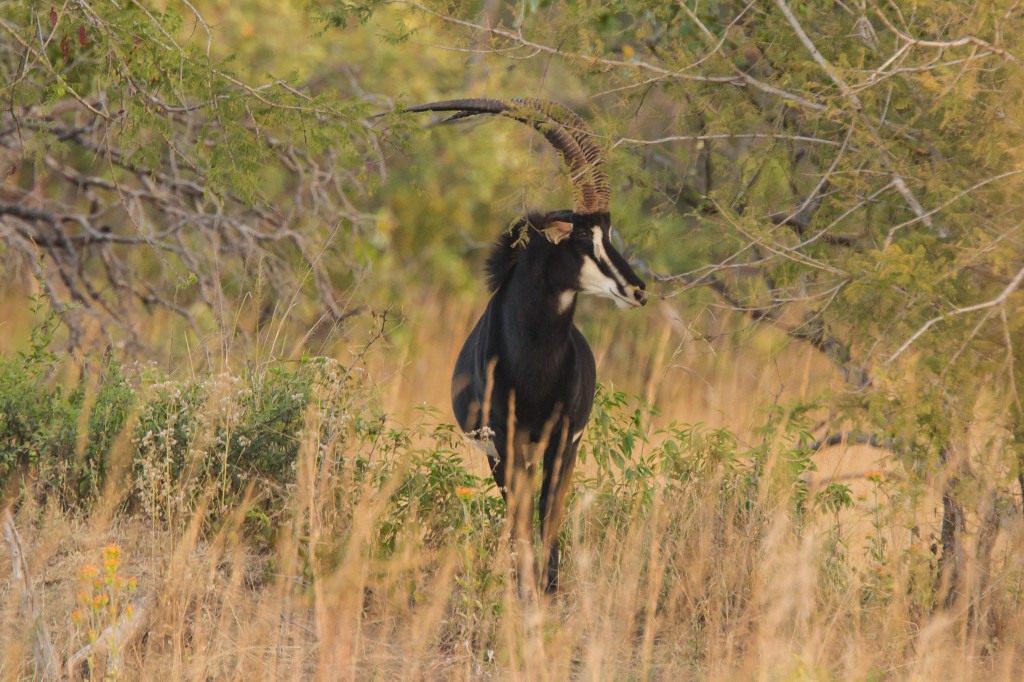 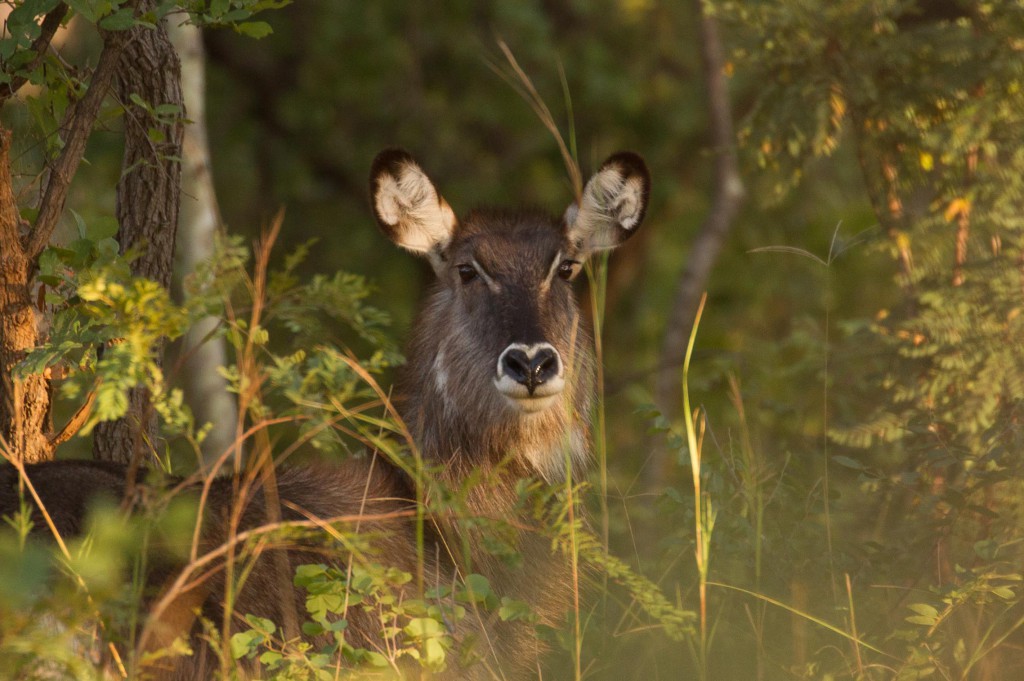 We also got the chance to get out there and get some shots of birds in flight.  We had a super german family who flew in to the airstrip at Chunga and who were mad keen ‘birds in flight’ photographers, so we took the opportunity…. 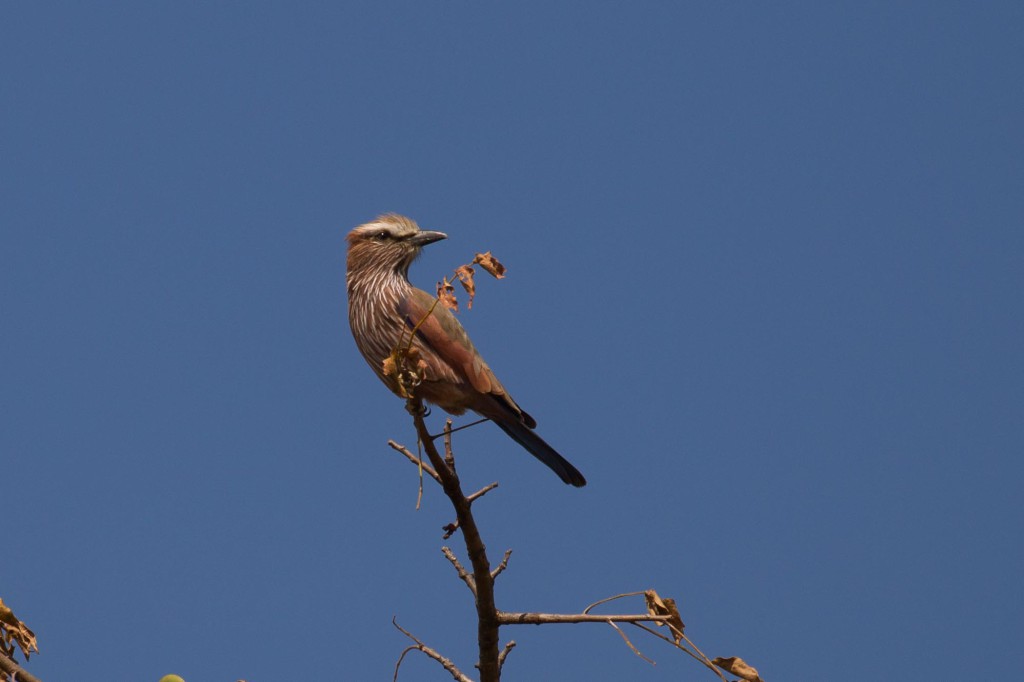 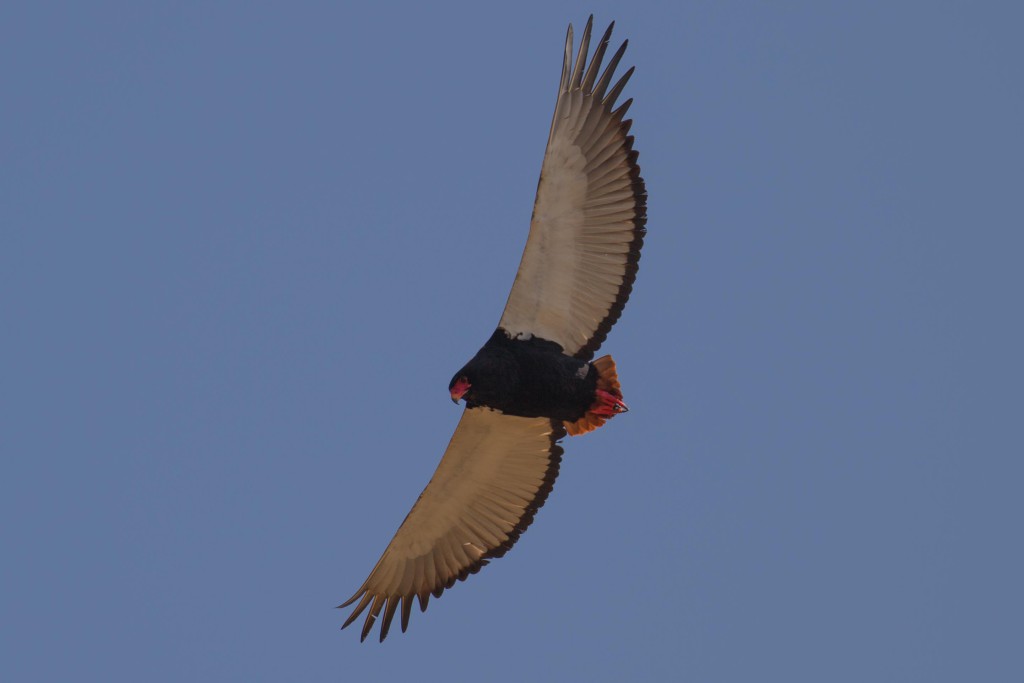 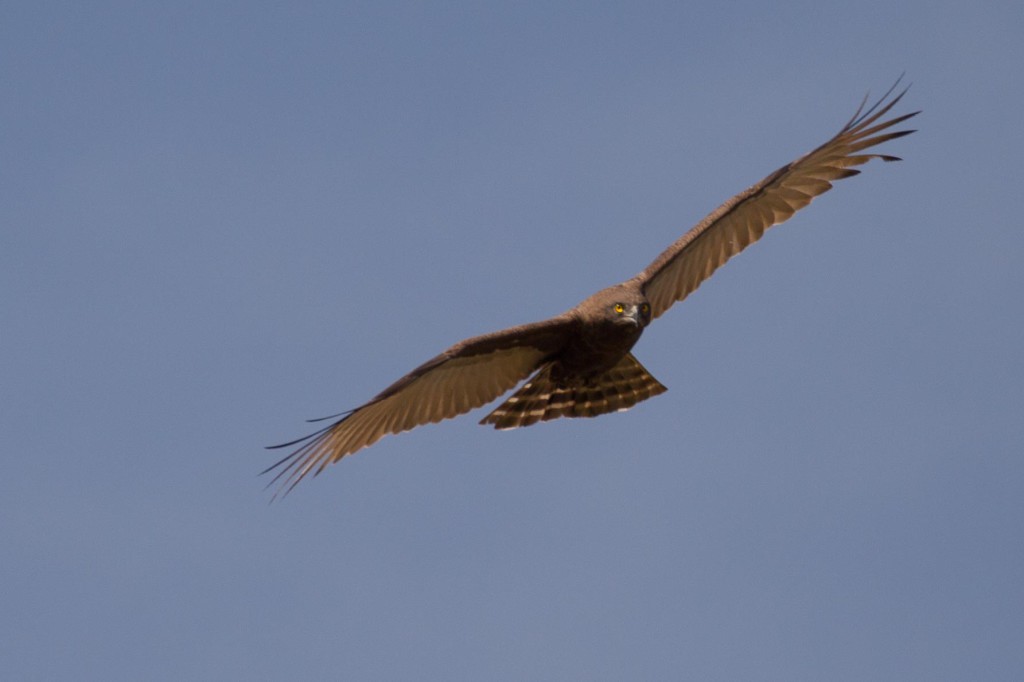 And then we all took shots of their plane! 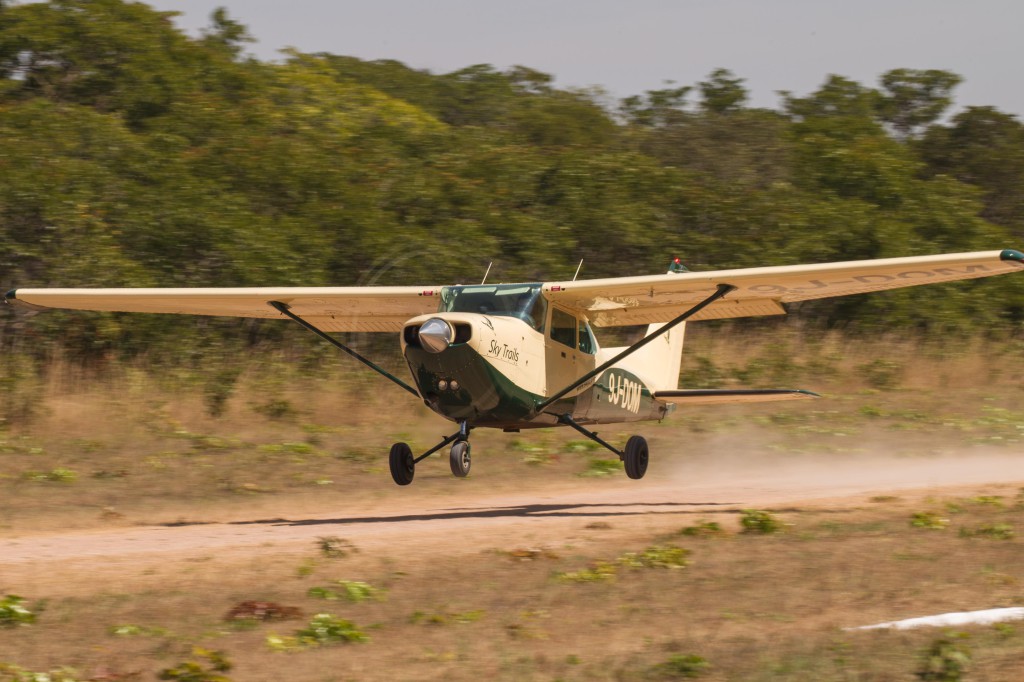 And then on the same subject (flying things) our good friends ‘Congo’ and Antonia came for a visit at the end of the month and brought his PPG (powered paraglider).  This was absolutely amazing and blew the minds of most of the staff and myself!  It was something we had talked about last year, and to finally see it happen was brilliant. 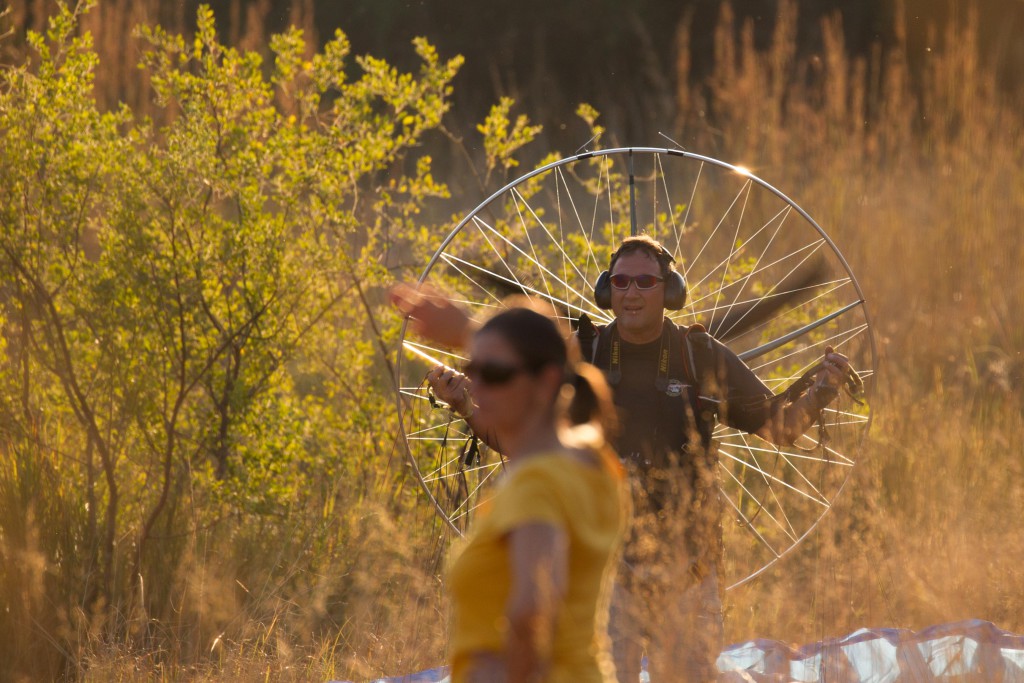 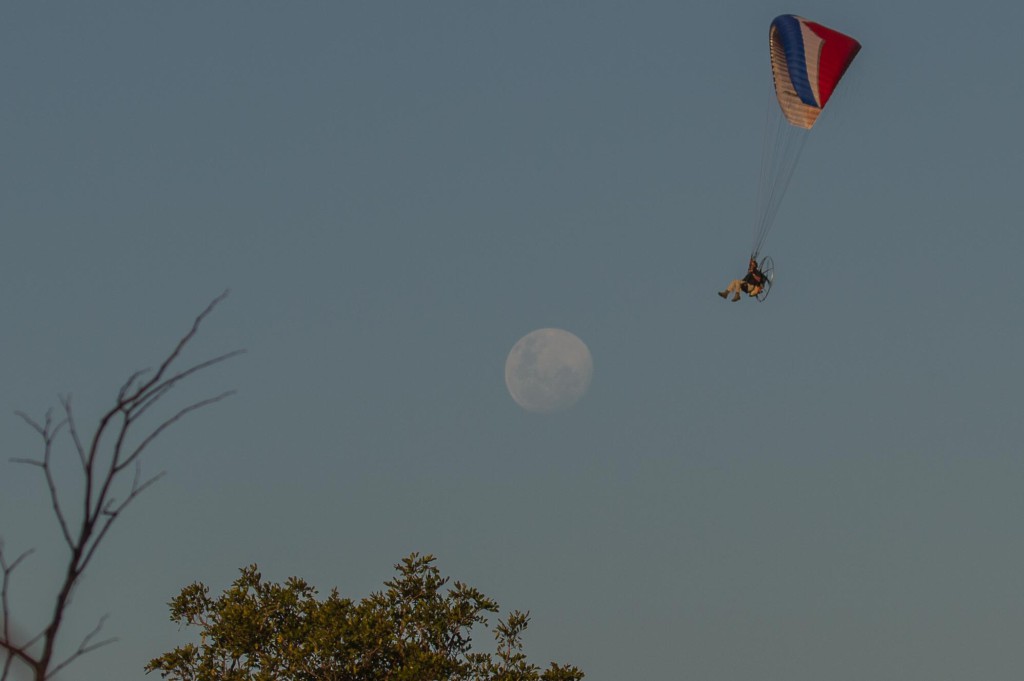 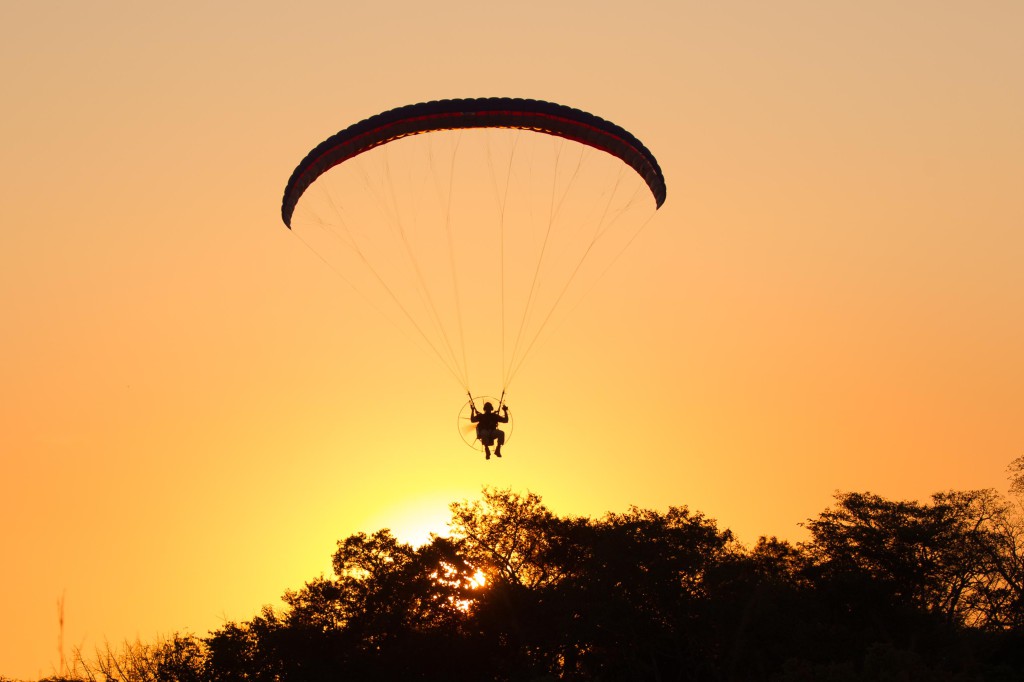