What do they call it… Mad March?  We certainly had an interesting month.  The rains this year came later than last year, often our highest river levels are recorded in February, but this year the highest level (2.9m) came in March.  This means that the river had a height difference of 3m from November to March!  Fortunately it subsided before our deck was really an island! 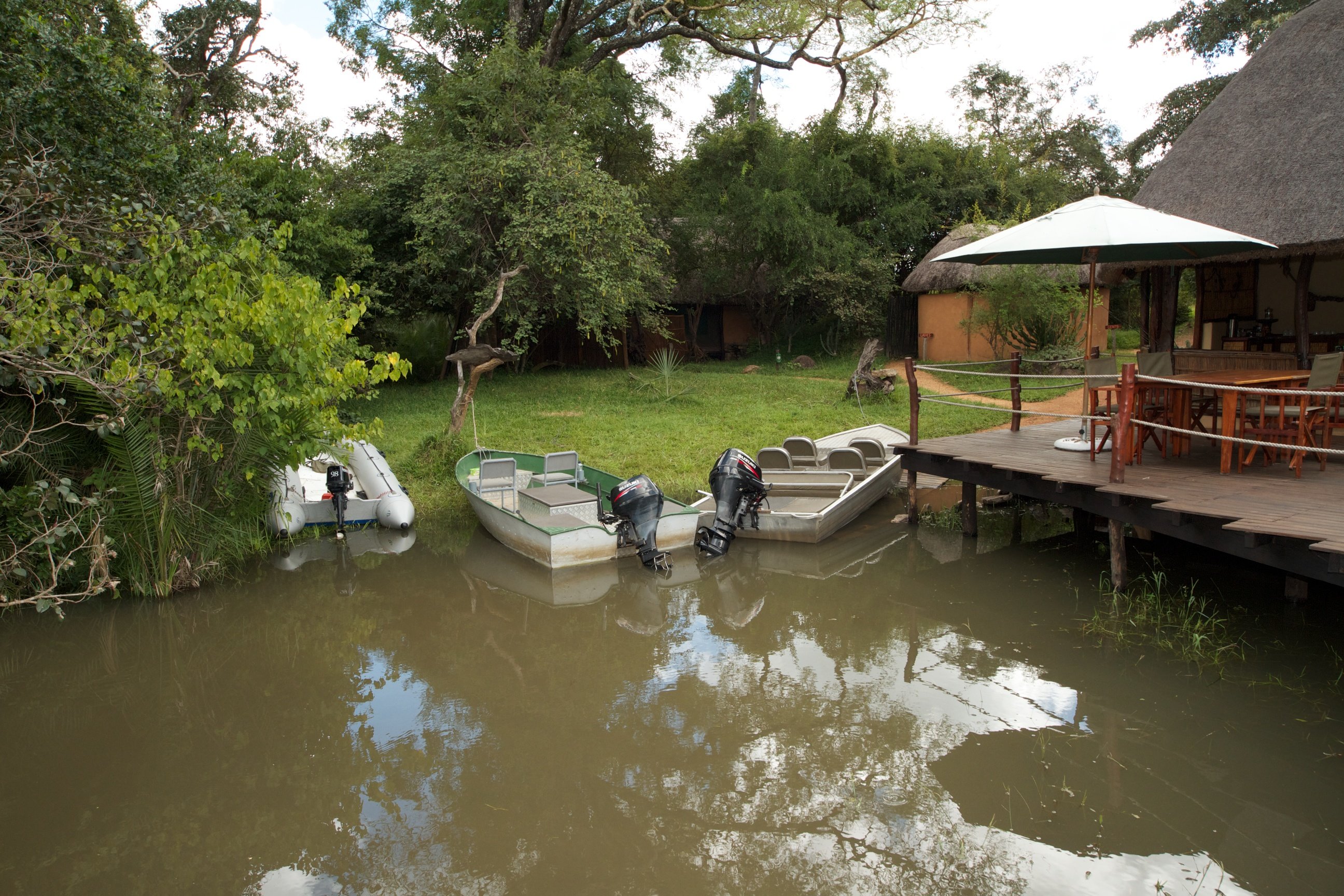 Not where we normally moor boats!

While the lodge opened in March, the month really was a hectic one – we were trying to complete various upgrades to the main area, all of which we are quite happy with, but as always in this industry it got quite frantic at times.  But all in all we are very happy with our new bar, new entrance, new deck pergola and a lot of new and colourful furnishings and touches. 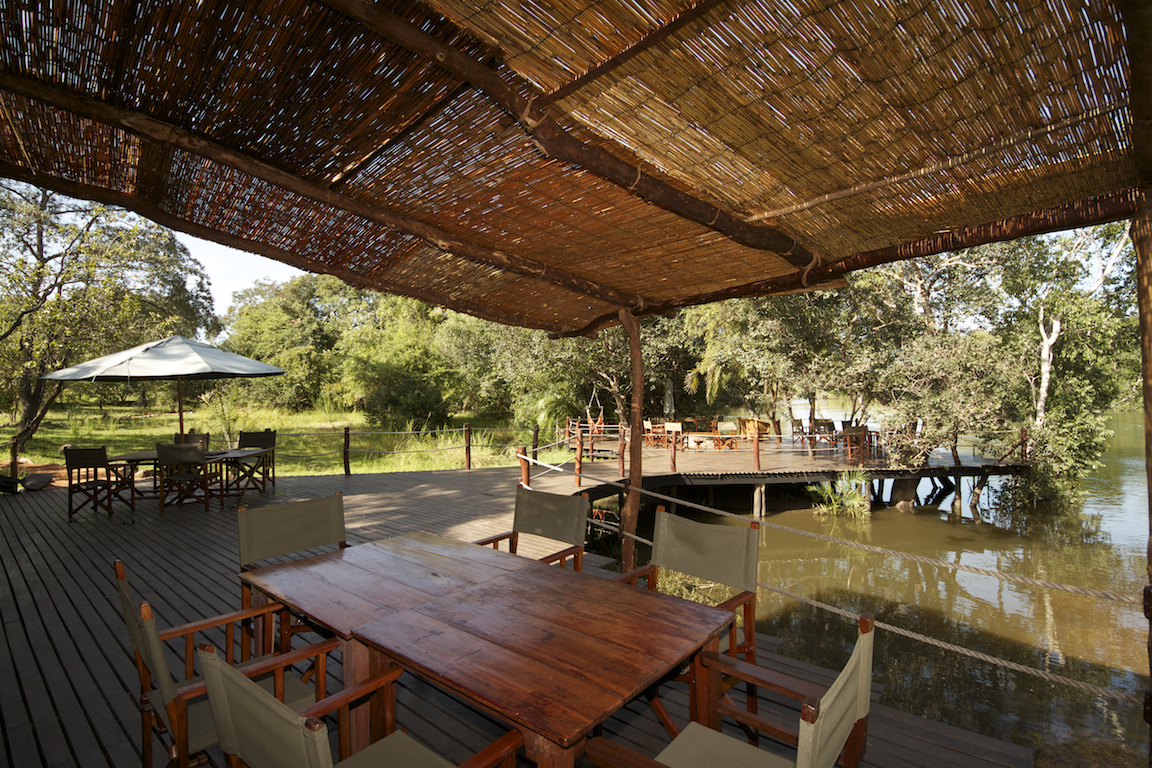 Our first guests numbered 17 in total and were the annual “Fathers and Children” fishing trip.  This has become a bit of a feature in our calendar here at KaingU and is really good fun.  Activities ranged from fishing (of course) through to archery, lure making (from teaspoons), visiting the “elephant graveyard”, treasure hunts and cooking stick bread on top of Mpamba rock.  People had travelled from as far afield as Malawi and Capetown to take part in this unique event! 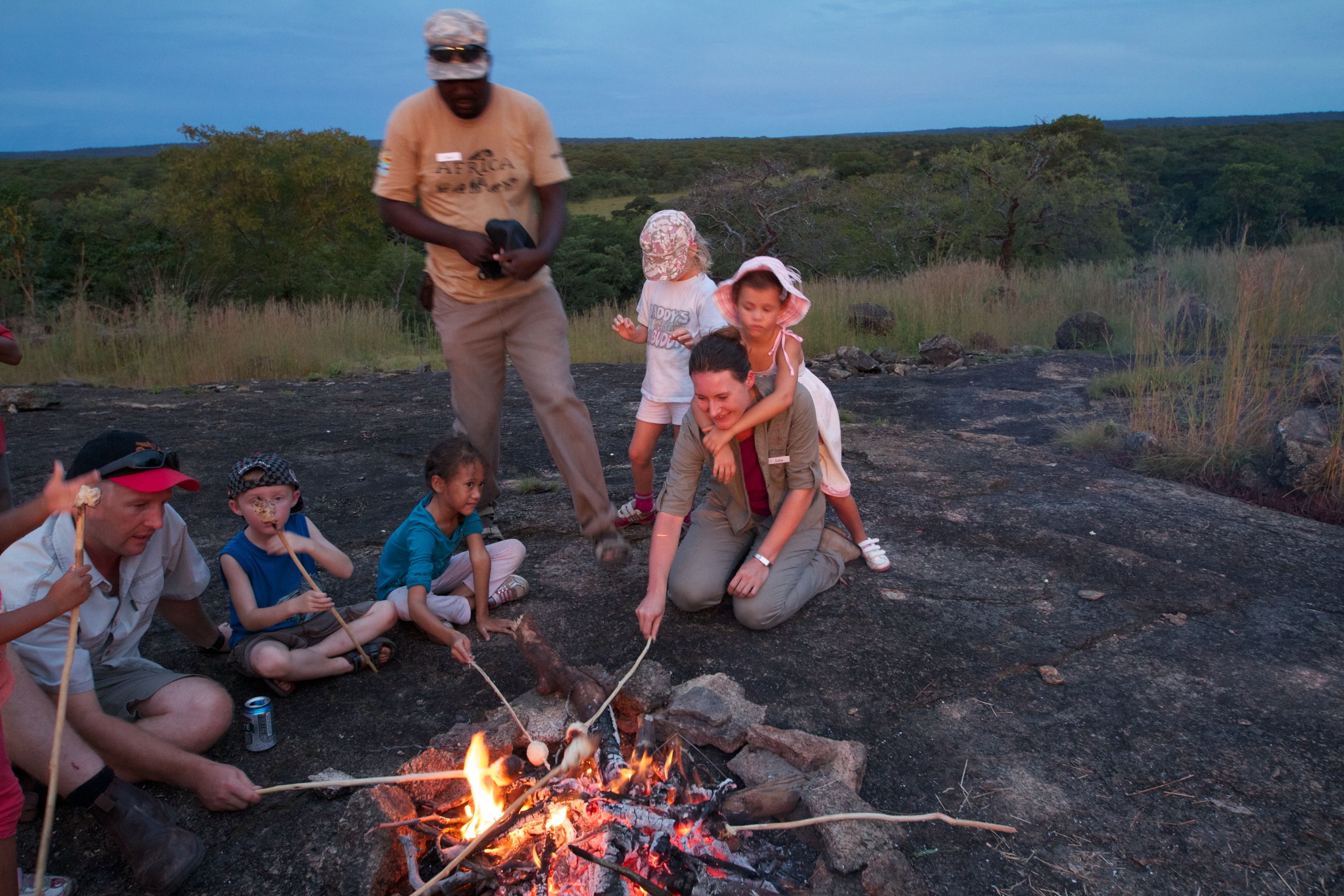 Julia and the stick bread 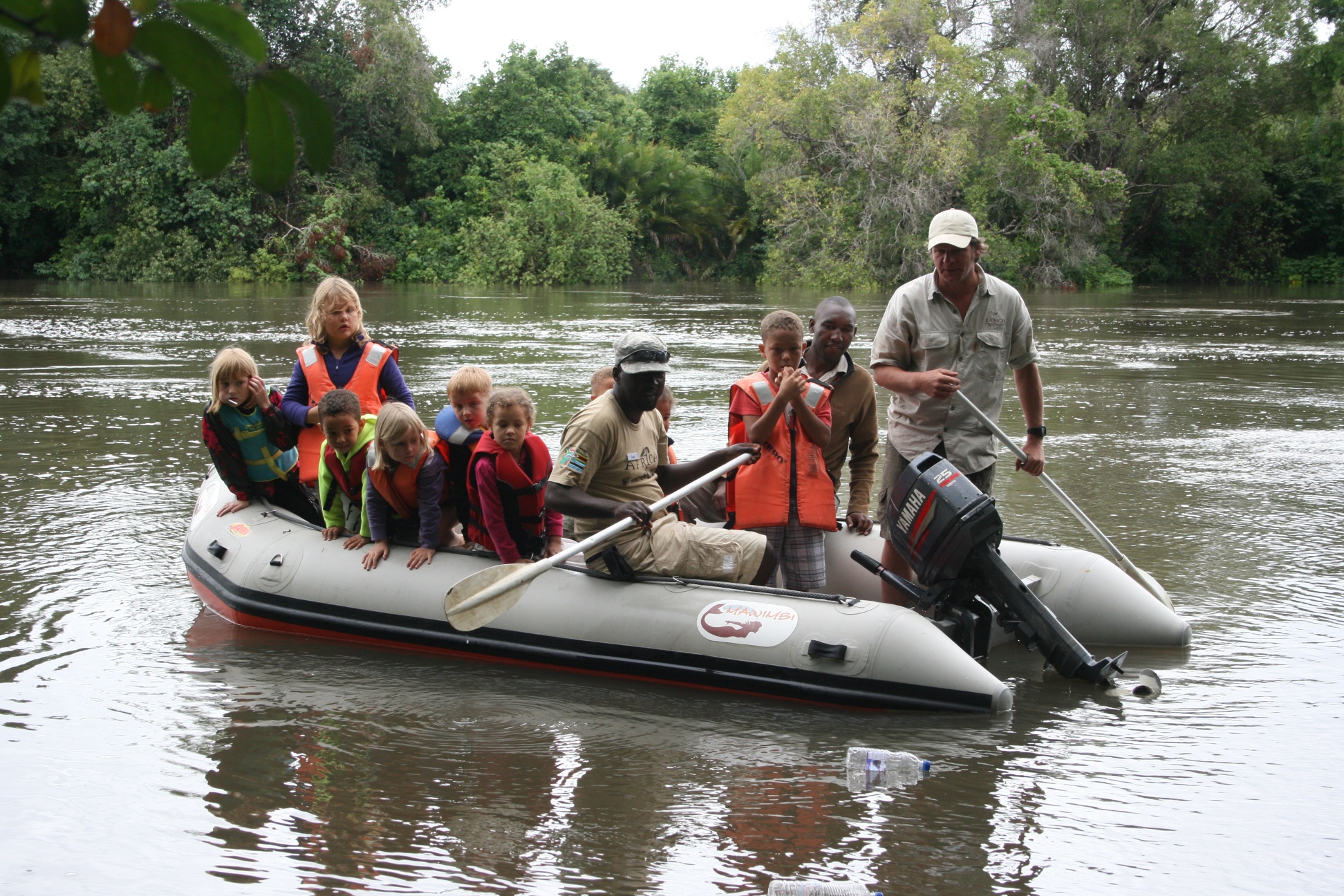 Not long after the season was opened by this group, the Luansanza river rose and we were cut off!  All our vehicles were in the Park, so we had no way to get out.  And we had guests that had to make an international flight back to Germany….   Anyway we chose not to worry about it too much and took the opportunity to launch an inflatable boat at the Luansanza bridge and then boat down to the Kafue and back to the lodge.  The guests loved it – 3 Pel’s Fishing Owls were seen on the Luansanza river. 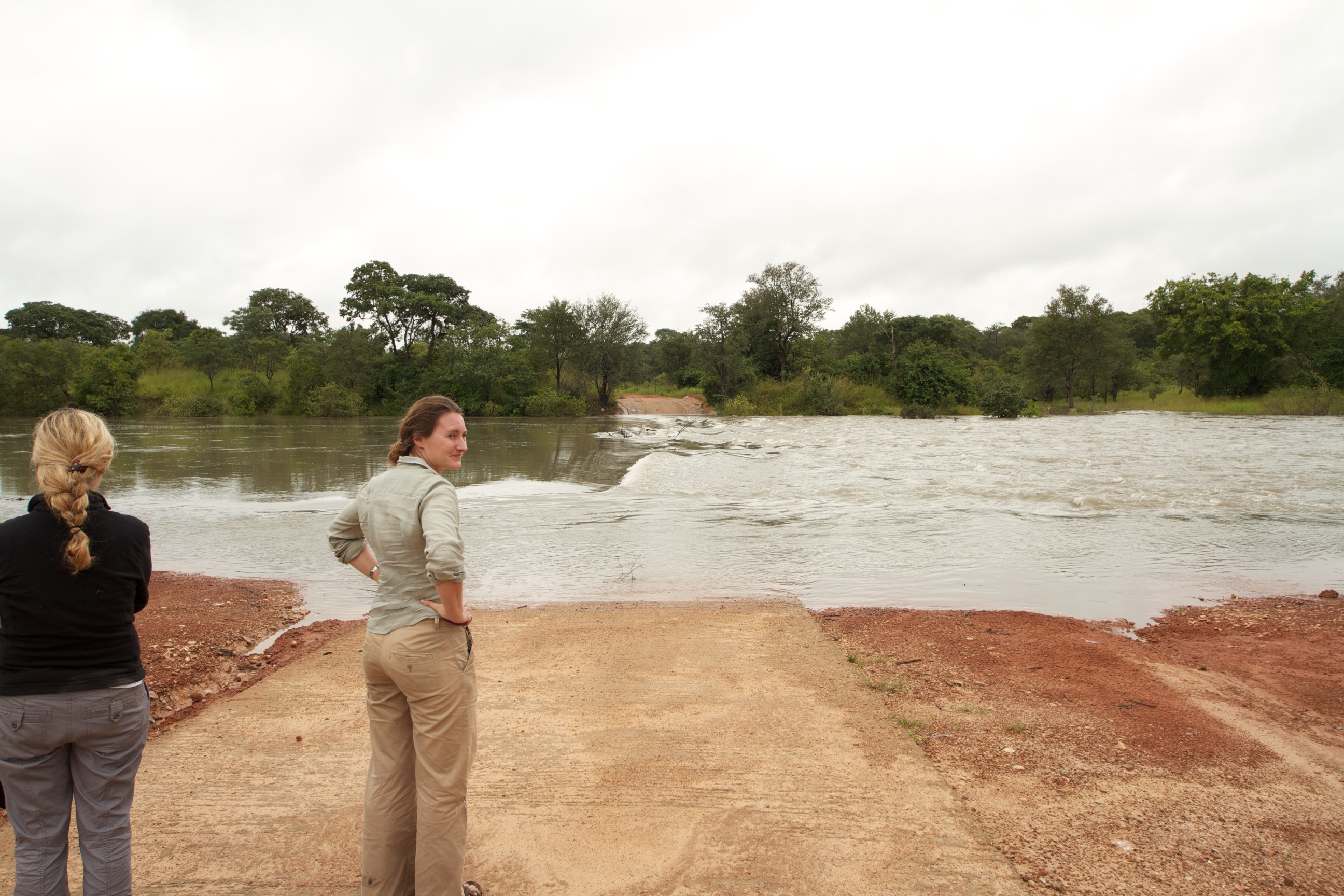 The Lunsanza river in spate.  And with guests to get out! 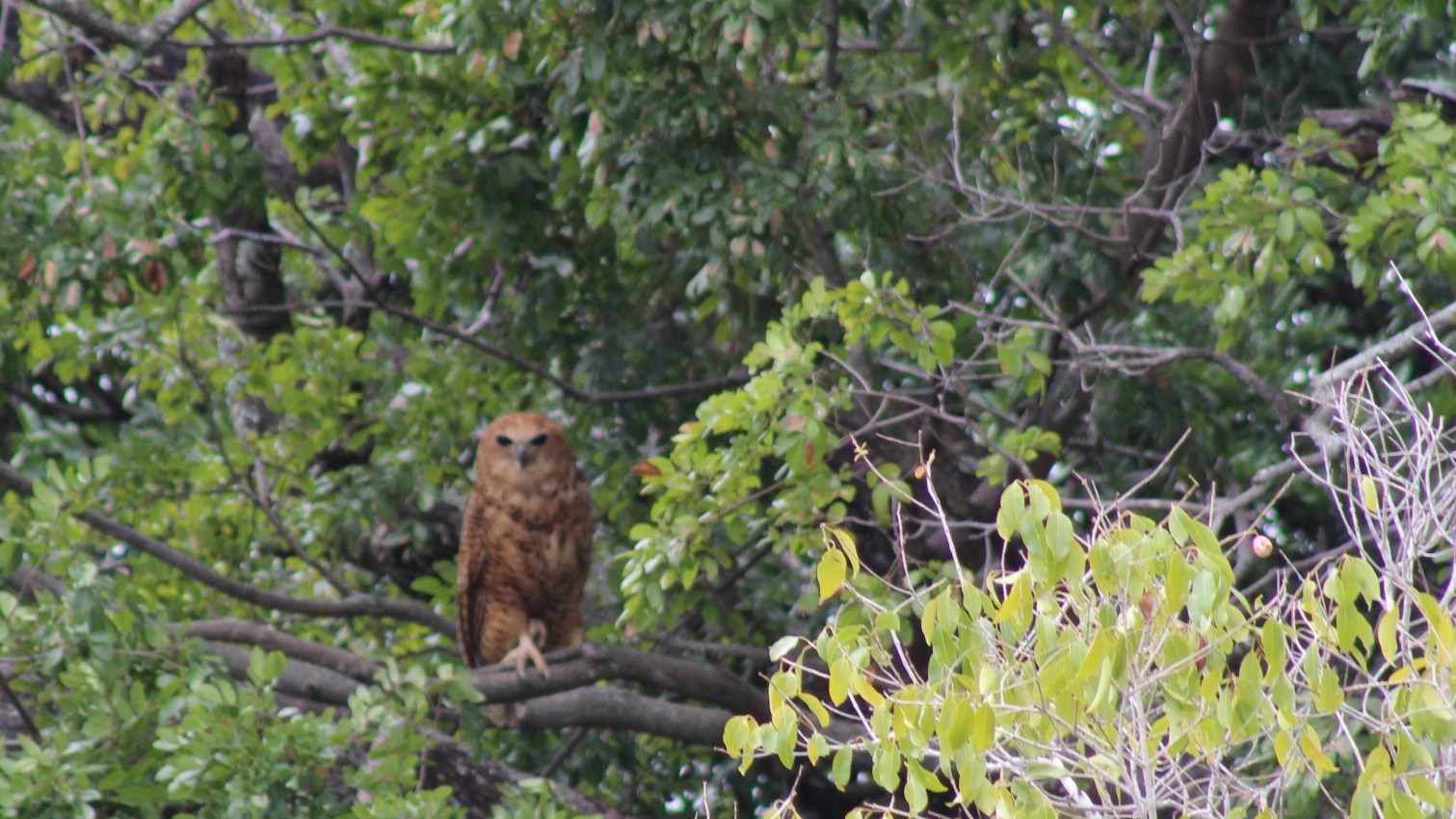 Ah well, if it hadn’t been so high we wouldn’t have boated down it and seen 3 Pel’s!

The following day a plan was cooked up to get them up to the main road by boat!  It was all going very well, but suffice to say that we now know that the Chunga rapids are not easily navigable by boat!  The evidence (a rather battered propellor) now is a feature in the new bar.  Anyway it all ended fine and very happy guests made it back to Germany. 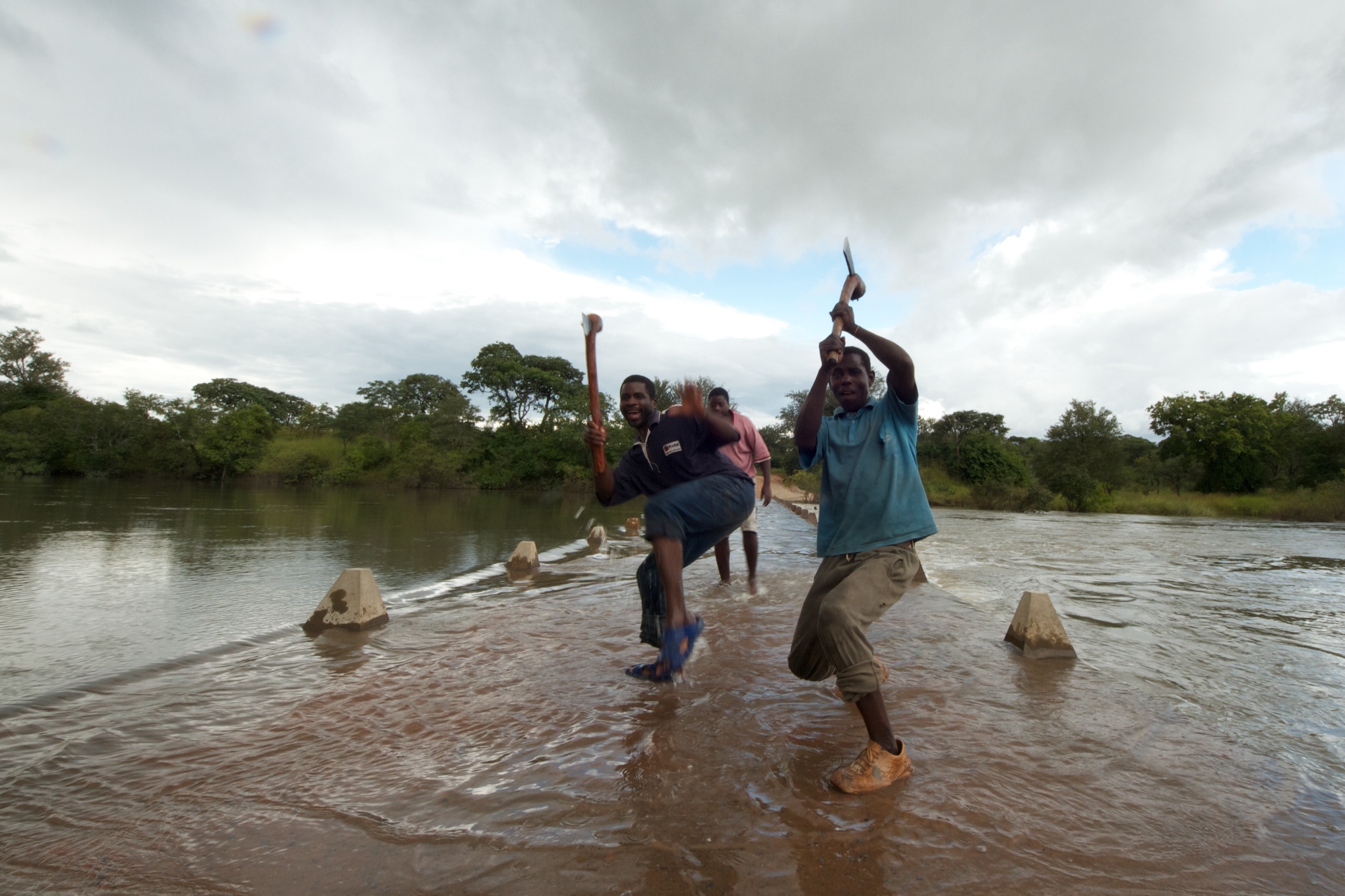 After clearing the debris on the bridge once the waters had dropped.

Since then I am happy to report that the rains have lessened dramatically and operations are back to a more normal pace!

With conditions only drying out now we have been doing a lot more boating than driving, but the Park has still (as always) yielded great sightings.  Two beautiful male lions were seen strolling down the road in driving rain, then near the car park I saw to lionesses which were new to us, and judging by their skittishness they were not used to vehicles at all.  Then guide Kaley had a fantastic sighting of three very relaxed Cheetahs.  There has been a lot of elephant activity around the lodge, and despite the very high water we even had two bulls on the island opposite the lodge.

Other developments planned in the coming weeks:  Well, we have ordered a new 6 seat boat, a great one with swivel seats and quite a bit larger than our existing cruising boat.  We are also intending to construct two new guest tents and we are still working on our campsite extension.  All exciting stuff! In and around this we have to re-vamp marketing material, shoot a video… the list goes on!

The Start Up of 2014New Lead Field Guide
Scroll to top